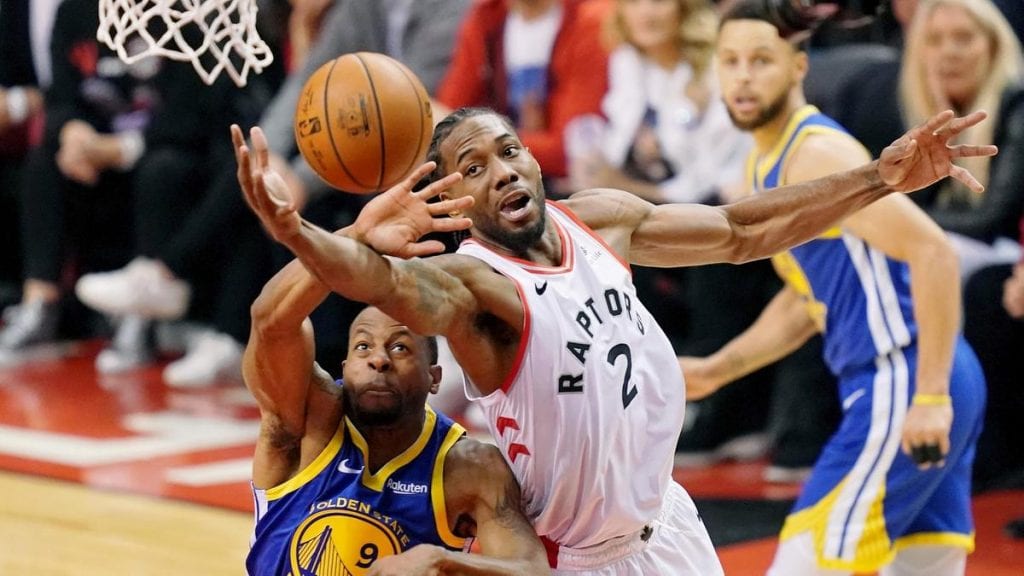 I went with the Golden State Warriors plus the 1.5 points in the series opener of this year’s NBA Finals showdown against the Toronto Raptors and ended up on the losing end of that play. The Warriors did take care of business in Sunday’s Game 2 on the road with a 109-104 victory closing as 2.5-point underdogs.

Game 3 is set for Wednesday night in Oakland and the Warriors have been opened as 5.5-point favorites with the series shifting to their home court at Oracle Arena for the next two games. Game 4 is on the slate for Friday night. The total line for Game 3 is set at 213 after it ended as a PUSH on that same number in Sunday’s game.

Conventional wisdom dictates that you do not bet against Golden State playing at home in the NBA Finals. However, I am beginning the get the feeling that this is not going to be a conventional series. Toronto has already demonstrated it can beat the Warriors when in plays as a complete team. The Warriors demonstrated just how much depth they have in their roster in Sunday’s come-from-behind win.

Top Underdog Bet- Take the Raptors (+5.5) at the Warriors

I decided to roll the dice a bit in Game 3 by taking the Raptors and the 5.5 points. The added half point on the current spread was the deciding factor in what could easily be a five-point game either way. 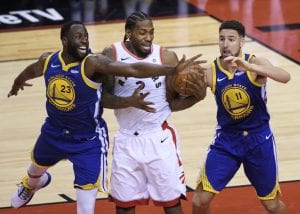 It is hard to say which way the money will go leading up to Wednesday’s 9 p.m. tip on ABC. The spread could go to six with bettors jumping on the home team, but the Warriors’ injury situation has to be of some concern. Kevin Durant is still listed as out for Game 3, but that could change by Wednesday. Klay Thompson is confident his tweaked hamstring will not hold him back but the impact from those types of injuries are hard to predict.

Toronto is still playing with house money with the split at home. If it can win one of the next two games out west, home court would be back in its favor. Given the pace and style of play in the first two games, I just do not see either team winning Game 3 by a margin larger than five points.

That is not to say that Toronto does come away with the SU win. However, this could end up becoming the most important game in this entire series for the Raptors if they are going to have any chance to beat Golden State four times.

This year’s postseason betting trends do not paint a pretty picture for either team in Game 3. Toronto has gone an even 4-4 straight-up in eight previous road games with a 3-5 record against the spread. After losing the first two games to Milwaukee on the road in their last series, the Raptors did win a crucial Game 5 on the road as 7.5-point underdogs.

ATB Free Pick for Monday can be seen here.

The Warriors are 6-2 SU on their home court in eight previous playoff games this year but that record slips to 3-5 ATS. They failed to cover as home favorites of six points or more in two of their last three games at Oracle Arena.

Kawhi Leonard could be the X factor in Game 3. He was rather quiet in the series opener with Pascal Siakam stealing the show. Leonard led all scorers in Game 2 with 34 points, but he shot the ball rather poorly. If he can put his entire game together on Wednesday night, that could be just enough to cash a winner on this week’s top underdog.