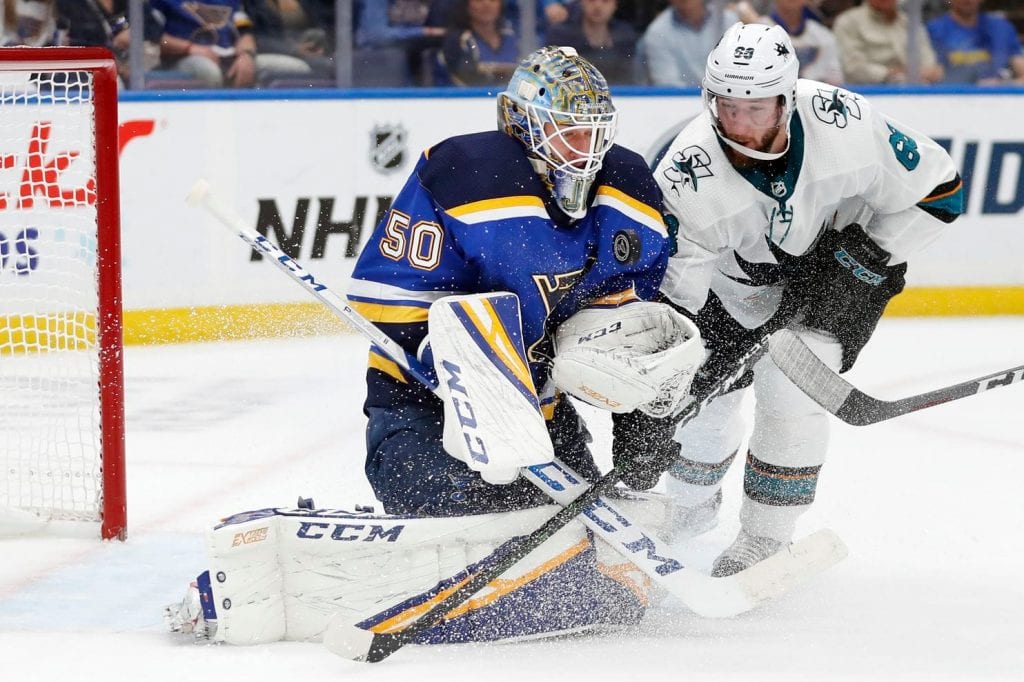 Sometimes in sports betting, it is time to put up or shut up. I have been touting the San Jose Sharks as the team to beat in the NHL’s Western Conference since the All-Star break. Things were looking pretty good through the first three games of their best-of-seven conference finals matchup against St. Louis with the early 2-1 series lead.

Following Sunday’s 5-0 whitewash at the hands of St. Louis as a -140 home favorite, the Sharks suddenly find themselves on the brink of extinction (and elimination) from this year’s Stanley Cup Playoffs. Adding injury to insult, a trio of injuries to Joe Pavelski, Erik Karlsson and Thomas Hertl have three of San Jose’s top players nicked up for Tuesday’s Game 6 back in St. Louis.

The Oddsmakers have opened the Blues as -150 home favorites to take the series in six games. The puck drops at 8 p.m. on NBC Sports Network. The betting line for the total on Tuesday night is set at 5.5. That has been the same total line for the first five games of this series and it has stayed UNDER in the last two meetings after going OVER in each of the first three games.

See the scores and odds for every major sporting event

Ahead of Sunday’s 5-0 shutout, the Sharks scored a combined 11 goals in their two victories against the Blues and just three combined goals in the other two losses. This feast or famine lighting the lamp will most likely be the difference in Tuesday’s Game 6.

The early injury report has all three of San Jose’s players mentioned above listed as questionable. Facing elimination in the playoffs tells me that all three players will be on the ice for Game 6. How effective each one will be is a whole other story.

Last week’s NBA pick in my Dogs Ready to Bite the Book series…click here to see it.

Center Logan Couture has scored 14 goals with six assists in 19 previous playoff games. However, Karlsson has played a key role as well in the offensive attack with 14 assists. Hertl is the second-leading goal scorer with 10, so each of these players’ status for Tuesday night adds even more concern to this pick. 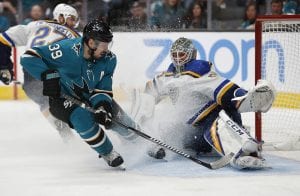 The main reason why I am sticking with San Jose as an underdog on the road is proven perseverance in these playoffs. The Sharks needed the full seven games, including three wins in the final three games to get past Pacific Division rival Vegas in the opening round.

They traded wins and losses with Colorado in the next round before pulling out a 3-2 win in Game 7. This current series appeared destined to go the distance even when San Jose had the early 2-1 edge and I still believe it will take seven games to decide the winner.

St. Louis is no stranger to adversity in the postseason. As one of the top teams in the NHL over the second half of the regular season, the Blues drew Winnipeg in the opening round. Despite losing both games at home in that series, they managed to advance in six games. With losses in two of its first three home games in the next series against Dallas, St. Louis finally ended that Central Division showdown with a double-overtime 2-1 victory at home in Game 7.

Going back over the Blues’ first 18 postseason games, they have won or lost 11 games by one goal. Including a pair of one-goal games in this series which were split, San Jose is 5-3 in eight previous playoff games this season decided by just one goal.

Riding this bandwagon all the way to the Stanley Cup Finals continues to be a bumpy trip, but I still like my chances to cash a winner on the underdog this Tuesday night.