Dogs Ready to Bite the Books: Portland at Denver Game 5 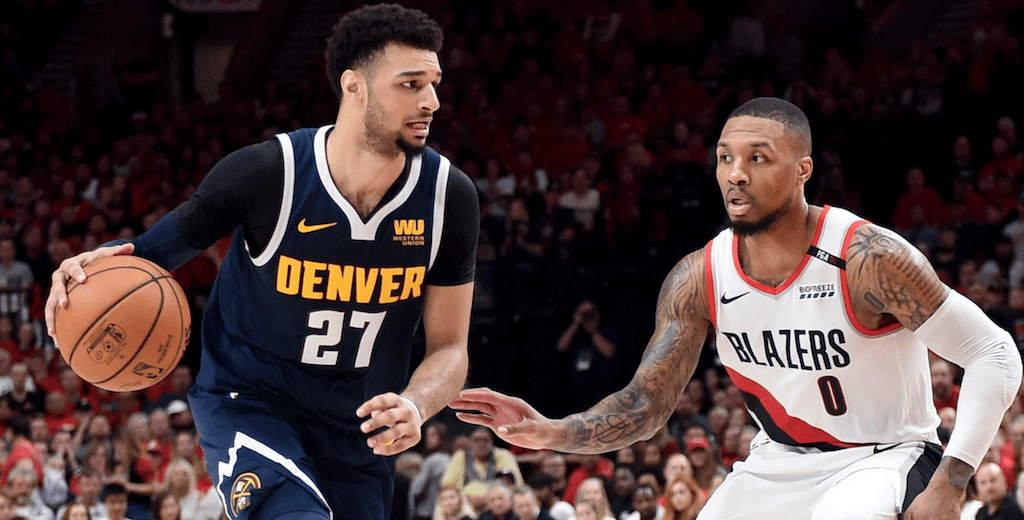 The conference semifinals in the NBA playoffs wear on this week as each of the four series have turned into close, hard-fought battles. The top four seeds in both the Eastern and Western Conference advanced through the opening round to set-up some great showdowns in this next round.

The No. 4 Houston Rockets taking on the No. 1 Golden State Warriors may be the marquee matchup in the West with the Warriors holding the 2-1 series lead heading into Monday night’s Game 4 in Houston. However, a pair of Northwest Division rivals have been quietly going at one another for the past four games with the series tied at two games apiece.

Game 5 between the No. 3 Portland Trail Blazers and the No. 2 Denver Nuggets is set for Tuesday night in Denver with a slated 10:30 p.m. start on TNT. The early betting line has the Nuggets favored by 4.5 points with the total set at 214 points.

Top Underdog Bet- Take the Trail Blazers (+4.5) against the Nuggets

The Trail Blazers lost the series opener both straight-up and against the spread in a 121-113 defeat as four-point road underdogs. They bounced back with a 97-90 win in Game 2 as four-point underdogs on the road ahead of last Friday’s 140-137 Game 3 victory as five-point favorites. That one needed four overtimes to declare a winner.

Taking the 2-1 series lead into Sunday’s Game 4, Portland let that edge slip away in a 116-112 loss at home as three-point favorites. The total has gone OVER in three of the four games.

Wiping the slate clean in what is now a best-of-three tilt for a spot in the conference finals, I like the Trail Blazers’ chances to regain that edge in these 2019 NBA Playoffs. At the very least, they should be able to cover ATS in Game 5 in what has turned into a very evenly-matched series.

Check out our Handicapper Reviews

The Nuggets won the regular season series 3-1 both SU and ATS including a late-season split in a home-and-home series in early April. Portland finished one game in back of Denver in the final regular season standings after winning five of its last six games. The Trail Blazers looked impressive against Oklahoma City in a 4-1 opening round series win while Denver needed the full seven games to advance past San Antonio.

When you have two teams that are extremely familiar with one another and closely matched, it is the small things that make all the difference in the world. Denver has center Nikola Jokic as its all-purpose threat. He scored 21 points with 12 rebounds and 11 assists to help pace Sunday’s win. He has led the team across the board in all three categories the entire season. 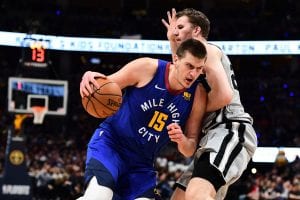 Portland’s ace in the hole is point guard Damian Lillard. After leading the team in scoring in the regular season with 25.8 points per game, he has been able to elevate that average to 30.4 points through nine previous postseason contests. He is connecting on 44.7 percent of his shots from the field and 39.3 percent of the shots he takes from three-point range. He posted 28 points in Game 4 with seven assists.

Scores and Odds for Every NBA Playoff Game

Lillard is the type of player you can bet on. He already knows that Portland’s only real chance to win this series is by winning Tuesday night’s game on the road. He has already shown the ability to rise to the occasion against Denver in the past and I believe he will be the difference in Game 5.