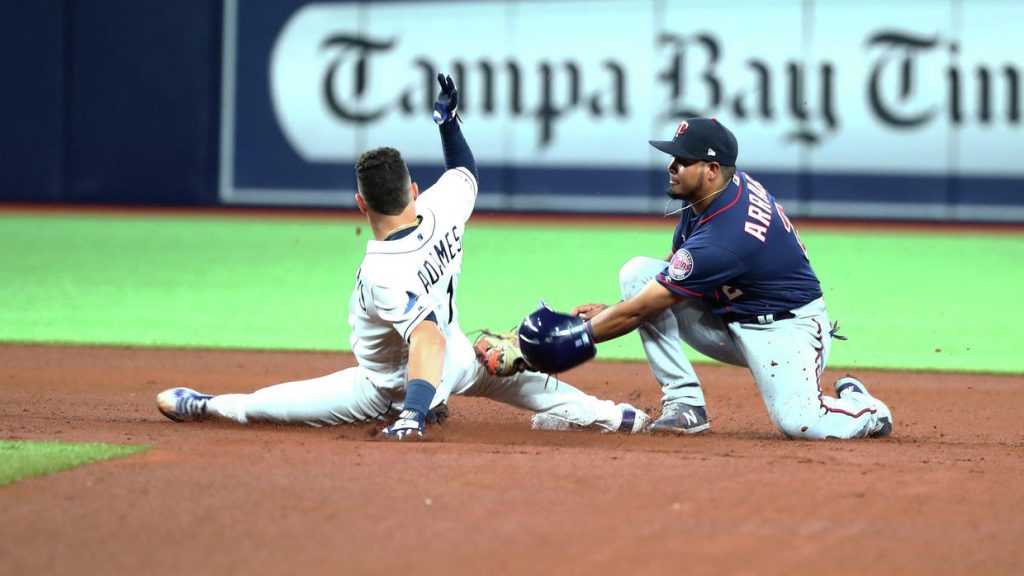 The Rays started this trip with three-straight losses to the rival New York Yankees last week. Over the weekend, the hammered out an 8-2 win on Sunday against Oakland as +116 road underdogs to salvage the 2-2 split in the extended four-game series.

Tampa Bay is now 45-33 in 78 games and 4.5 games behind the Yankees in the division title race. It has gone a healthy 25-15 through 40 previous road games, which is the second-best road record in the Majors.

Minnesota holds an eight-game lead over Cleveland in the AL Central behind an AL-best record of 50-27. Following Sunday’s 6-1 loss to Kansas City as -144 road favorites, the Twins have gone 5-5 over their past 10 games. They are 24-13 at home overall after losing three of their last four home games.

MUST SEE – MLB PREVIEWS AND PREDICTIONS

These two teams met in Tampa Bay for four games in late-May into early June and Minnesota got the best of that series with a trio of victories. The total went OVER the closing line or ended as a PUSH in all four contests.

Take a look at last week’s Dogs Ready to Bite the Books article when I correctly predicted a CFL matchup.

Most MLB experts thought that New York and Boston would battle it out for this season’s AL East crown. However, Tampa Bay has been able to keep pace with those two powers to make it a three-team race.

The Al East could come down to the wire

The Rays are in the bottom-half of the AL rankings when it comes to average runs scored with 4.6 runs a game through 78 previous contests. The main reason they have been able to keep the Yankees in their sights is a pitching staff that is ranked first in the AL with a team ERA of 3.20.

Blake Snell is scheduled to get the start for Tampa Bay in Tuesday’s series opener. The left-hander got bounced around by the Yankees in his last trip to the mound on June 19. He lasted less than one inning after getting tagged for six earned runs on just two hits, but four walks. This was uncharacteristically bad for Snell, who had a 3.70 ERA prior to that meltdown. That was his shortest stint as a starter over the course of his three-year MLB career.

MUST WATCH – BLAKE SNELL: LIFE OF AN OPENING DAY STARTER

The fact that he pitched so bad last Wednesday is the main reason I am taking Tampa Bay as an even-money underdog on Tuesday night; betting baseball can be very fickle. He had a three-game stint towards the end of May where he allowed a total of five earned runs over 18 2/3’s innings pitched.

The Twins will turn to Kyle Gibson as their Game 1 starter. The right-hander is 7-4 on the year through 14 previous starts. He is also coming off a rough outing last Wednesday with six earned runs on seven hits in 4 1/3 innings pitched against Boston. He did pick up the win against Tampa Bay on June 1 in his team’s 6-2 win as +107 road underdogs. He held the Rays scoreless through five innings.

There is a higher level of risk with this underdog pick given Snell’s last start combined with Minnesota leading the AL in scoring with 5.7 runs a game. However, I like the way the Rays have been able to constantly win on the road this year. They are going to need some offense this time around against Gibson, but the bats have been clicking in their past few games.