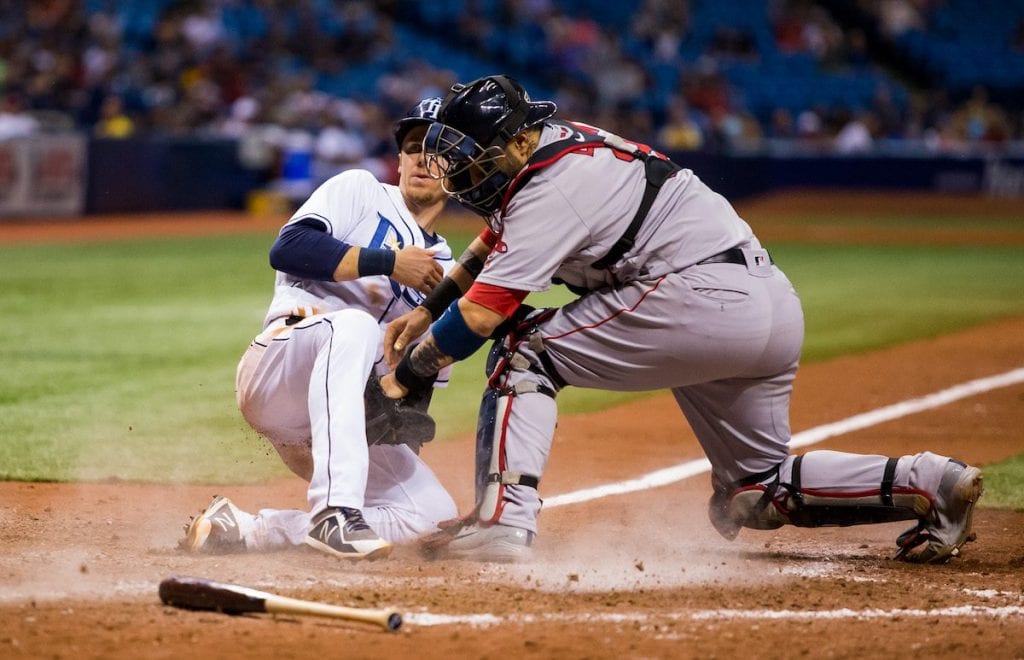 One of the biggest MLB series on tap this week starts on Monday night with Game 1 of a three-game set between the AL East’s Boston Red Sox and the Tampa Bay Rays. Right now it appears that both of these teams are playing for second place behind the New York Yankees for the division title.

See what the Mad Dog said before the season started:

Tampa Bay heads into Monday night’s series opener a full nine games in back of the Yankees at 57-45 overall. Boston is another two games behind the Rays at 54-46 with both teams on the outside looking in as far as the two wild card playoff spots in the American League.

Boston has been opened as a -130 road favorite for Game 1 with Eduardo Rodriguez slated to get the start. He comes in at 11-4 on the year with a 4.34 ERA and a 1.30 WHIP. The Red Sox have won eight of their last 10 games when the powerful left hander was on the mound as the starter.

Tampa Bay is a +120 underdog with Jalen Beeks getting the start. His ERA stands at 2.78 with a 1.27 WHIP through 64 2/3 innings pitched. This will be the left hander’s first start of the year. The total line for that game is set at 8.5 with a pair of quality pitchers on the mound.

The game I am focused on is Tuesday night at 7:10 p.m. in Tampa Bay with another great matchup on the mound. The Red Sox have been opened as -141 road favorites with Tampa Bay listed as a +131 home dog. See all the MLB Scores and Odds here.

Boston will turn to Chris Sale for Game 2 and he comes in with a 4.05 ERA and a 1.08 WHIP. After struggling with 15 earned runs in three starts and 16 1/3-innings pitched, the left hander delivered a gem his last time out against Toronto with six scoreless innings on just two hits. Which version shows up on Tuesday night will go a long way towards determining the outcome of this game.

Yonny Chirinos will also have a say in the matter as the Rays’ starting pitcher for Game 2. The right hander has made 14 starts while also working out of the bullpen this season. He got rocked around by the Yankees last Thursday with four earned runs allowed on nine hits in just five innings pitched. This boosted his ERA on the year to 3.29. Given his previous form, Chirinos could easily bounce back with a quality start against a bitter rival. 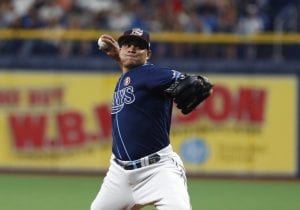 Back on June 7 at Fenway, he held the Red Sox scoreless on just two hits through seven innings pitched.

The Rays have the slight 5-4 edge in the season series, but all five of those wins came on the road. Early in the season, Boston swept a three-game set at Tampa Bay by a combined score of 16-12 with two of the three games going OVER the closing line.

Heading into this week’s series, Boston has won 15 of its last 19 road games. Tampa Bay lost two of three at home against the Chicago White Sox over the weekend as part of a 3-5 record in its last eight home games.

Boston has the edge on Monday night as a road favorite. The Red Sox have posted an 8-2 record in Game 1 of their last 10 series and I have them getting the win in this series opener as well. This should help set the stage for Tampa Bay to win Game 2 as a +131 underdog. The value in Boston’s betting odds is inflated due to Sale being on the mound.