Dogs Ready to Bite the Books: Lakers at Nets 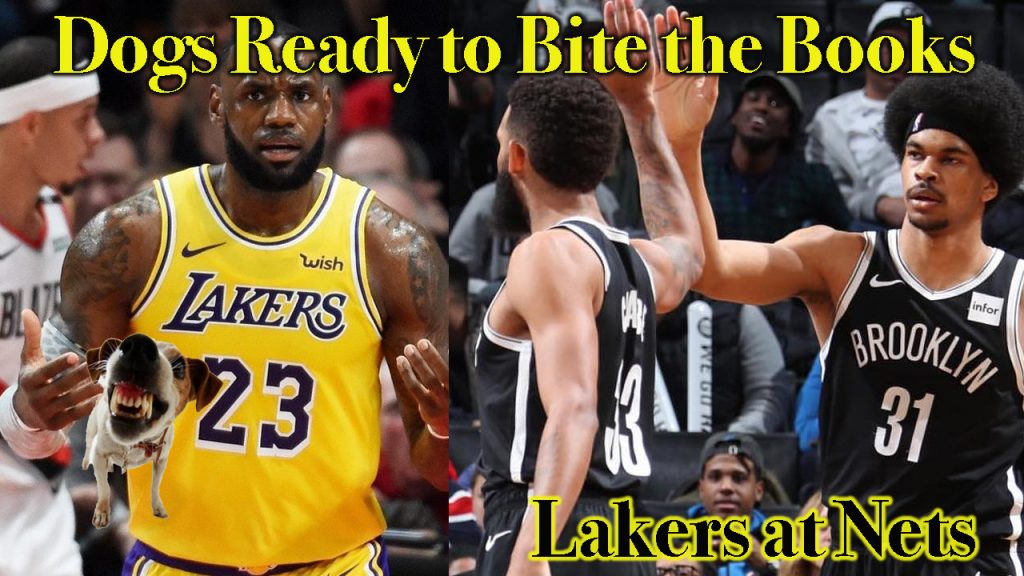 Betting NBA games strictly on general betting trends does not make all that much sense. However, when they back up a solid betting opportunity on the daily betting board, it could provide a good reason to expand the actual units bet on that particular matchup.

Also Read – How To Bet on Sports | Minimizing Losses

One of the prevailing betting trends in the NBA through the first 30 games in an 82-game regular season schedule are home underdogs covering against the spread 57.1 percent of the time. This translates to winning bets in 92 of the 161 games where the home team got points on the closing spread.

Home teams in general have covered ATS 54.1 percent of the time. As mentioned, you still need to do your homework breaking down any individual game, but there just so happens to be a home dog jumping off the page on this Tuesday night’s NBA betting board.

I normally lean towards home teams getting points for top my weekly underdog pick, but the main priority in any sports bet is finding the best betting value on the board. It just so happened to workout in my favor that I found both for this week’s ‘best bet’ play.

The Los Angeles Lakers with LeBron James leading the way are starting to win more games than they lose with a 7-3 record over their last 10 games. They are 18-12 overall, but just 7-8 straight-up (6-9 against the spread) on the road after losing two of three games during this current four-game tour that ends Tuesday night at the Barclays Center in Brooklyn.

The Lakers started this trip with a 126-111 loss to Houston last Thursday night as six-point road underdogs. Two nights later in Charlotte, they came away with a 128-100 road victory as slight one-point favorites. As 3.5-point favorites against Washington on Sunday, Los Angeles was on the wrong end of a 128-110 loss. This being their fourth game in six nights a long, long way from home is reason enough to go against the Lakers as 3.5-point favorites for Tuesday’s matchup.

We have all your NBA scores, odds, consensus and much more

The main reason to take the 3.5 points at home or possibly roll the dice on the Nets in a SU bet on the moneyline is their current five-game winning streak while covering the spread in their last six games. Brooklyn is still 13-18 SU overall with an unflattering 6-10 record at home, but I always believed that current form with a hot team should take precedent over its whole body of work from a betting standpoint.

A few of the highlights from this current run SU and ATS include a huge 127-124 road win against Atlantic Division rival Philadelphia as six-point underdogs last Wednesday. This winning streak actually started on Dec. 7 with an equally stunning 106-105 victory over Toronto as 8.5-point underdogs at home. Over the weekend, Brooklyn took care of business at home as a favorite in a pair of SU wins against Washington and Atlanta. Tuesday night wraps up a quick three-game homestand for Brooklyn before Wednesday’s road game against Chicago.

Some additional betting trends for this matchup have the Lakers at 10-13 ATS in 23 games this season closing as favorites. Brooklyn has covered the spread in its last four home games and it is also 4-0 ATS in its last four games closing as an underdog.