Dogs Ready to Bite the Books: Boston at Columbus 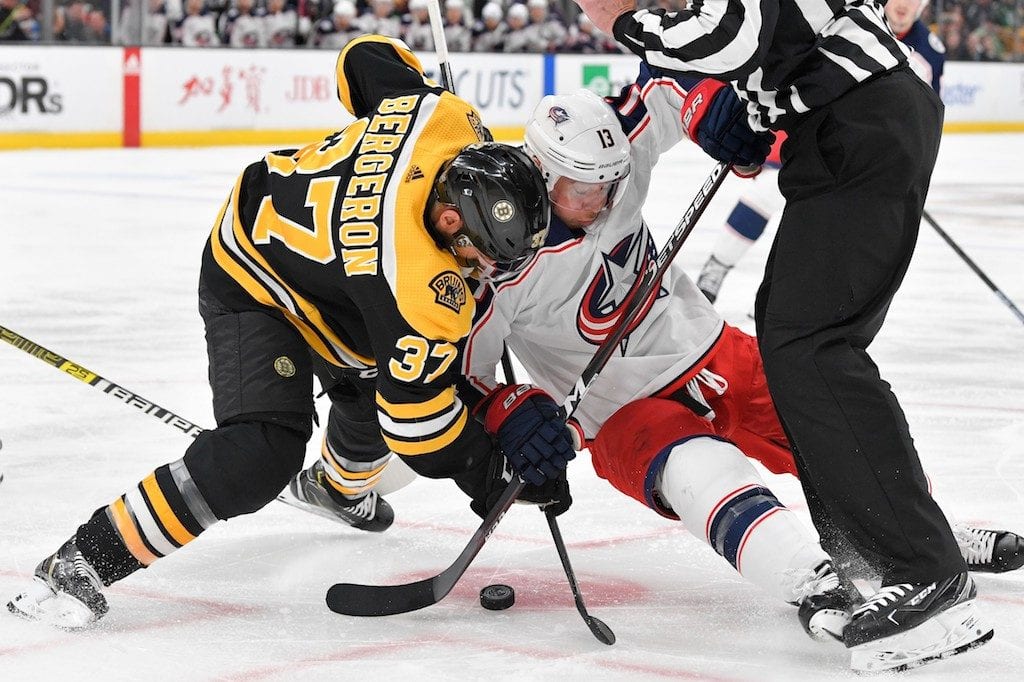 Once the Tampa Bay Lightning were eliminated from the NHL’s Stanley Cup Playoffs in a four-game sweep at the hands of the Columbus Blue Jackets, the Boston Bruins became one of the top favorites to win this year’s NHL title.

The Washington Capitals are also out of the running after going down in seven games against Carolina, to help clear the Bruins’ path to their first Eastern Conference title since 2013. The Blue Jackets will have a say in the matter coming off one of the biggest upsets ever to win their first playoff series in the history of the franchise.

Boston finished second to Tampa Bay in the Atlantic Division with 107 points, which was the second-highest total in the Eastern Conference. The Bruins needed the full seven games to get past Toronto in the opening round, but they won the final two games of that series by a combined score of 9-3.

They opened this conference semifinal clash against Columbus with a two-game split at home. Boston won the series opener 3-2 as a -150 favorite. On Saturday, the Bruins were on the wrong end of that same 3-2 score as -140 favorites at home.

The series now shifts to Ohio for the next two games and Boston has been opened as a +100 road underdog for Tuesday’s scheduled 7 p.m. start on NBC Sports Network in Game 3. The total has once again been set at 5.5 after it stayed UNDER that same total in the first two games.

There are a number of reasons why I like Boston on Tuesday night as a slight road underdog. The Bruins won the season series against the Blue Jackets 2-1, including a 6-2 road victory on April 2 as +120 underdogs. They were in position to win Saturday night’s Game 2 before giving up a power play goal in the second overtime period.

Boston’s Charlie Coyle was the hero in Game 1 with a tying goal in the final five minutes of regulation before scoring again a little more than five minutes into overtime. 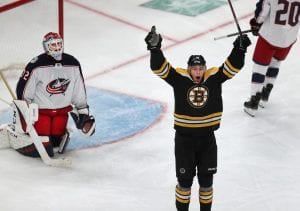 Charlie Coyle was the hero in Game 1

Given the first two games between these opponents, it is probably safe to assume that Tuesday night’s Game 3 is going to remain close as well. Both teams are playing excellent on defense with a goalie that has already been proven to be tough to beat.

Boston was tied for 11th in the league in scoring with an average of 3.13 goals per game. It boosted that average to 3.29 goals in the series against the Maple Leafs. Tuuka Rask has gone the distance in goal and his save percentage stands at .927 through nine postseason games. He faced 41 shots in Game 2 after turning away 20 of the 22 shots he faced in Game 1.

Columbus opened its series against Tampa Bay with a 4-3 stunner in Game 1 as a +200 road underdog and it never took its foot off the gas by outscoring the Lightning 19-8 in the four-game sweep. The offense has cooled a bit against Boston, but Sergei Bobrovsky has been solid in goal with a 2.01 goals-against average and a .930 save percentage. He turned away 29 of 31 shots in Saturday’s win after allowing three goals on 37 shots in the series opener.

Boston has won four of its last five road games starting with that road victory against the Blue Jackets to kick off the month of April. How fitting would it be to close out the month with another win in Columbus on Tuesday night.