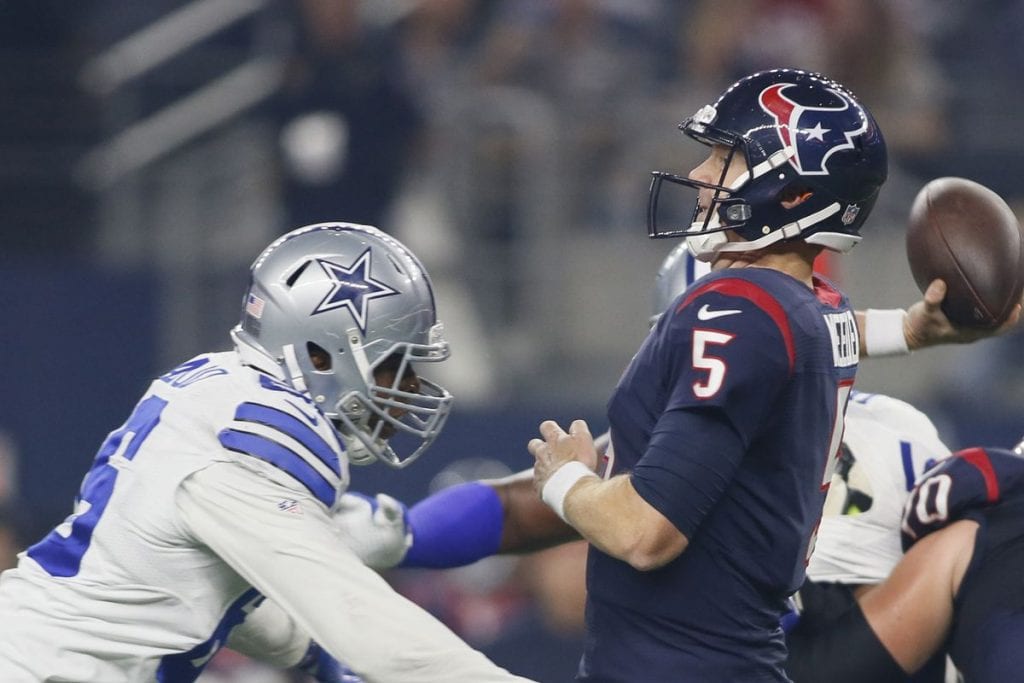 I went with Philadelphia last week as a 2.5-point road underdog against Jacksonville on the simple betting theory of going with the better all-around team. Preseason football is getting harder and harder to handicap with some starters remaining on the bench through the entire four-game schedule.

Head coaches are less willing to take any risks with their top players in these exhibition contests, so they are more than content with getting their starters the preseason reps they need during the weekly practices in camp.

Looking at the Week 3 preseason schedule, I am going with the Houston Texans as slight road underdogs against the Dallas Cowboys this Saturday night for the same exact reason as last week’s pick. Right now, the Texans are the better overall team in this matchup.

Houston opened its preseason schedule with a 28-26 road loss to Green Bay as a one-point underdog. Last Saturday against Detroit as a three-point home favorite, it came away with a 30-23 victory. The offense was able to put points on the board in each contest which is a good sign at this point of training camp.

Deshaun Watson has been extremely limited in his playing time as the Texans’ starting quarterback and I do not expect to see him play all that much this Saturday night. What I did see was Joe Webb III moving the ball down field through the air with 186 passing yards against the Lions. He completed 14-of-25 passes with one touchdown throw and one interception. Houston was also able to move the ball on the ground with 168 rushing yards on 38 attempts.

The Texans beat Dallas 28-17 as three-point road favorites in the 2016 preseason and they got past Dallas last year 14-6 as 4.5-point favorites at home to finish their 2018 exhibition schedule 3-1 straight-up with a 2-1-1 record against the spread.

Not that preseason betting trends carry all that much weight, but Dallas is now 1-5 SU and 1-4-1 ATS in its last six exhibition games. Jason Garrett has one of the worst winning percentages in the preseason among active NFL head coaches with at least four seasons at the helm. 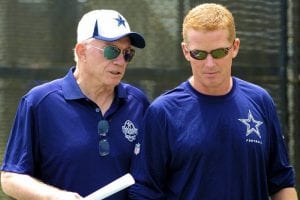 The Cowboys did beat the Los Angeles Rams 14-10 on Saturday as four-point road favorites after losing to San Francisco 17-9 in Week 1 as 3.5-point underdogs on the road. My big takeaway from both of these games is a total of 23 points scored.

THIS MAY INTEREST YOU – ALABAMA AND CLEMSON THE ONLY TWO TEAMS TO BET THIS NCAAF SEASON?

Starting quarterback Dak Prescott should be limited in playing time this Saturday night and running back Ezekiel Elliott is still holding out.

Against the Rams, Cooper Rush completed 10-of-16 passes for 83 total yards. In the absence of Elliott, Dallas ran the ball 24 times for 94 yards for an average of 3.9 yards a carry. I am expecting the same type of vanilla results against Houston to once again keep the scoring low.

Even if Elliott decides to report for camp, this has been an early distraction that is not helping the Cowboys’ preparation for a make or break season for their embattled head coach. Houston appears to be rather comfortable on either side of the ball heading into Week 3. The Texans’ lone distraction is the holdout of Jadeveon Clowney, but that is not having any impact on the offensive side of the ball.

Once again, betting trends carry very little weight in the preseason, especially in an inter-conference matchup. Yet, Houston is 4-1 ATS in its last five road games against its in-state rivals. Overall, the Texans have also won four of the last six meetings SU.