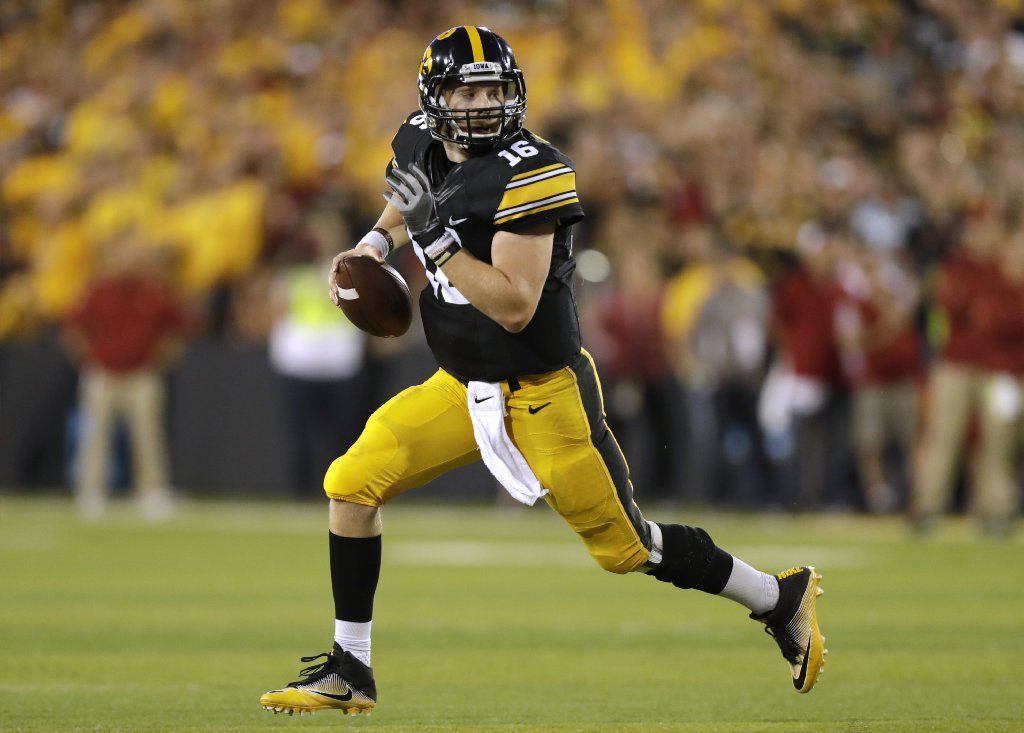 The Iowa Hawkeyes‘ signature win on the season came against Michigan, and their defense has been doing the job all season long. The same can be said for the Florida Gators in that regard, but that unit will be down some players as they head into the Outback Bowl, which takes place at 1 PM ET on Monday at Raymond James Stadium in Tampa. America’s Bookie customers will have the opportunity, after the game kicks off, to access either of two “Live Betting” options, keeping them in the game all the way.

Florida will be out without a few of its linebackers, including Jarrad Davis, who Jim McElwain, the head coach, called “the heart and soul of the team.” And defensive coordinator Geoff Collins has taken the head-coaching job at Temple, leaving Randy Shannon, the former University of Miami coach, in charge of the stop unit. And an excellent stop unit it was, finishing sixth overall in the nation, with a #3 ranking in passing efficiency defense. They missed five defensive starters against LSU, but still won the game, by making some heroic stands inside the five-yard line. And they held the Tigers to just 10 points, in a game where clearly they were irked over having to move the re-scheduled contest (because of the hurricane) from Gainesville to Baton Rouge.

Iowa defeated Michigan 14-13 earlier this season, and they held the Wolverines to just 201 total yards. They were 10th in the nation in scoring defense, allowing just under 18 points per game, and what they lack in a passing game on offense, they make up for with a ground attack. Even though they amassed only 290 passing yards their last three games, they had almost 700 yards rushing, finishing the season strong, beating Michigan, then shutting out Illinois and scoring a 40-10 victory over Nebraska.

In the college football betting odds posted on this game, Florida is the favorite:

Of course, Luke del Rio is injured for Florida, so Austin Appleby, the transfer from Purdue, is the starting quarterback. He is a 61% passer, but not somebody you want to build an offense around. The Gators failed to break 20 points in any of their last five games, and on an overall basis, they were 116th in the country in total offense. That would seem to match up well with the Hawkeyes, who were #120 in that category.

So it looks like we’re really facing a defensive struggle here, doesn’t it? Well, that might seem to be the case, but that does not necessarily mean we are going “under” in this game. Let’s take a look at what Florida did toward the end of the season. Granted, they played three extremely capable teams in LSU, Florida State and Alabama, but the allowed a total of 702 yards on the ground against those squads. Clearly having to dip into the depth chart, because of injuries, had an effect. Earlier in the campaign they yielded 223 rushing yards to Arkansas and 265 to Missouri. So there is a potential weakness there, and with less people available on defense, especially at the linebacker position, this might be something for Iowa to exploit.

And will tell you another thing as well – Iowa has played only two games on grass fields this season, and in those games they have allowed 504 yards to Purdue, 599 yards to Penn State, and 76 points combined, constituting their two worst games defensively, by a wide margin. That may or may not be something definitive, but the number on this game is manageable, so as we continue the Charles Jay/America’s Bookie Challenge, we are going OVER the 40.5 points that are posted.