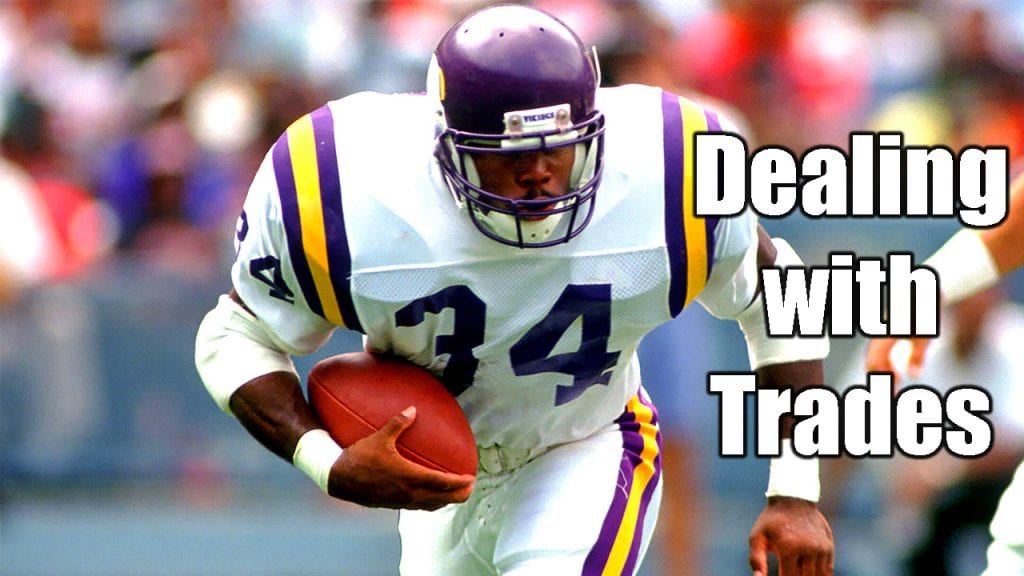 In 2013 right-handed pitcher Bud Norris was in his dugout as a member of the Houston Astros. The Astros were on the road playing in Baltimore against the Orioles. Just before the trade deadline, Norris was traded to the Orioles. The next night, Norris started for the Orioles against his former team and won.

READ – The Antonio Brown Saga: Betting on a Prima Donna

That is life as a professional athlete. On the outside, trade talk is all about salary caps, contracts, rosters, and roles on a team. For a player being traded, those things never cross their mind. Traded players need to gather up their stuff. They have to take care of living arrangements, transportation to their new city, and a multitude of other things that fans could care little about. What kind of effect do trades have on players, and how will it effect your betting strategy?

If you didn’t remember, Houston Rockets guard James Harden began his NBA career in Oklahoma City. What you may have also forgotten is that Harden started just seven of 170 games with the Thunder. In his final season with the Thunder, Harden did average 31.4 minutes per game and scored 16.8 points. His life – and his basketball life – really changed after his trade to Houston in 2012.

When OKC and Harden couldn’t agree on a new contract, the Thunder traded Harden to Houston. Despite having to deal with all of the difficulties associated with changing teams, Harden dropped 37 points in a win over Detroit in his first game as a Rocket.

A couple nights later, he scored 45 against Atlanta. His scoring numbers have continued to increase each season and Harden currently leads the NBA averaging 36.5 points a game. For Harden, his trade to Houston has worked out just fine, and has padded bettor’s pockets in the process.

The Big Unit to Houston

Sometimes, trades don’t work out for at least one party involved. Nearing the trade deadline in 1998, the Seattle Mariners had suffered through an 8-20 stretch and realized they might be better off unloading superstar pitcher Randy Johnson.

The Big Unit was to become a free agent at the end of the season and the likelihood of re-signing him was a percentage closer to zero than anything.

Houston happened to have a nice lead in the National League West at the time and figured they could acquire Johnson to help the Astros win a World Series. Houston also felt like it might have the inside track on signing Johnson to a long-term contract after the season.

Neither worked out. The Astros got spanked by the San Diego Padres 3-1 in the NLDS. Johnson would go on to sign a five-year deal with Arizona after the season.

Lost in all that mess is the fact that Johnson actually flourished in Houston. He started 11 games and went 10-1 with a 1.28 ERA. He pitched a total of 84.1 innings and pitched four shutouts.

Did you know smart bettors use two or three sportsbooks? Go find out why.

Traded During a Game

Sometimes, players find out they have been traded at the most inopportune of times. Take Dallas Mavericks forward Harrison Barnes as an example. Barnes scored 10 points through three quarters in a 99-93 win over Charlotte one day prior to the 2018-19 trade deadline.

While sitting on the bench in the fourth quarter, Barnes was informed that he was being traded to Sacramento. The trade was made official after the game ended, but Barnes knew that he would be packing up and leaving Dallas the next day.

The Worst Trade in NFL History

Jimmy Johnson had taken over as head coach of the Dallas Cowboys, who started the 1989 season at 0-5. Johnson was not impressed with running back Herschel Walker and somehow orchestrated a deal with the Minnesota Vikings. Dallas agreed to send Walker to Minnesota for five roster players and six draft picks. The Vikings felt like Walker was the missing piece in obtaining a Lombardi Trophy. They were wrong.

Minnesota made the playoffs in the year of the trade, but failed to in the next two seasons. Walker’s commitment to the game and to the team was questioned. The Vikings’ locker room fell apart. Walker was released after the 1991 season.

The Cowboys, on the other hand, would go on to acquire somewhere between 16 to 18 players as a result of the Walker deal. Those 16 to 18 players would become part of a roster that would win three Super Bowls between 1992 and 1995. Did you see my article about How to Manage Playing in a Super Bowl?

Like drafting players, trading a player away and acquiring another involves huge risk. There is much more to just acquiring a player the caliber of Herschel Walker. His presence didn’t ensure Minnesota would become a champion. Harden has been in Houston six-plus seasons and the Rockets have failed to make even a single NBA Finals appearance.

Bettors should always beware and do their research. Too often, trades have not garnered the results that the involved parties had been hoping for.