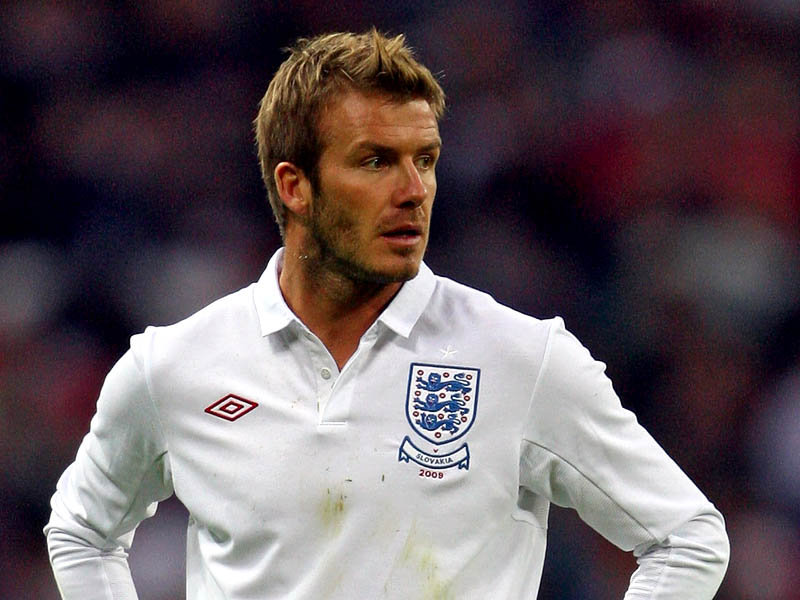 David Beckham announced today that he will retire from professional soccer at the conclusion of the season.

“I’m thankful to PSG for giving me the opportunity to continue, but I feel now is the right time to finish my career, playing at the highest level,” Beckham said in a statement. “If you had told me as a young boy I would have played for and won trophies with my boyhood club Manchester United, proudly captained and played for my country over one hundred times and lined up for some of the biggest clubs in the world, I would have told you it was a fantasy. I’m fortunate to have realized those dreams.”

Beckham calls time on an incredible career that also has included stints in England, Spain, Italy and the United States.

The 38-year-old began his career with Manchester United, making his professional debut for the club in 1992. He claimed six Premier League titles, two FA Cup titles and one UEFA Champions League title during his time with the Red Devils, including the storied “Treble” in the 1998-99 season.

He made a high-profile switch to Real Madrid in 2003 but managed just one La Liga trophy in 2007 before joining the Los Angeles Galaxy of Major League Soccer shortly after.

During his time with the Galaxy, Beckham enjoyed loan spells in Serie A with AC Milan to maintain fitness during the MLS offseason. His time in Los Angeles drew a great deal of criticism for a perceived lack of return on investment, but Beckham helped validate his tenure in the United States by leaving the Galaxy with MLS Cup titles in 2011 and 2012 as well as MLS Supporters’ Shields in 2010 and 2011.

Beckham announced his departure from the Galaxy in 2012 and went on to sign for Paris Saint-Germain in January. He marked the move with a Ligue 1 title, which was clinched on Sunday, PSG’s first league triumph since 1994.

An accomplished member of England’s national team, Beckham leaves the game as the nation’s most-capped outfield player with 115 appearances. He was the first English player to score in three consecutive World Cups.

“I want to thank all my teammates, the great managers that I had the pleasure of learning from,” Beckham said. “I also want to thank the fans who have all supported me and given me the strength to succeed.”

Paris Saint-Germain has two games remaining in the Ligue 1 season. Beckham’s final home match is slated for Saturday against Brest at the Parc des Princes, followed by an away match at Lorient.