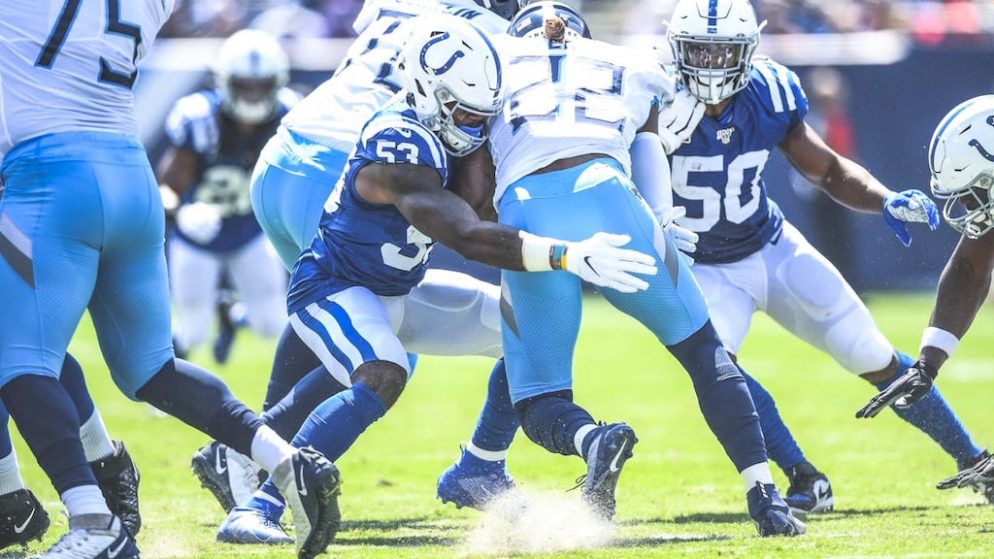 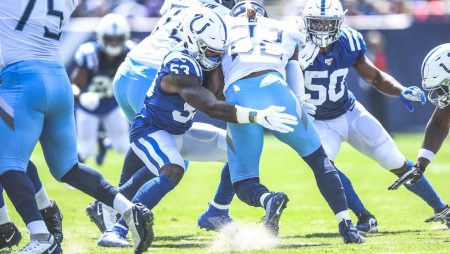 Finally, Thursday Night Football has something to offer fans instead of a pillow fight. And of course we had to bring you our Colts Titans free pick. The AFC South Division title hangs in the balance of Thursday’s Colts-Titans matchup.

The Colts opened as 2.5-point road favorites, but the money flowed in for Indy pushing the line to a pick’em. Indy’s history in Tennessee is a good indication of why.

Throw out this year’s records in this divisional matchup. Indianapolis has owned the series with Tennessee for much of the past two decades. Dating back to the 2003 season, the Colts have beaten Tennessee in 27 of 34 meetings.

Two of Tennessee’s seven wins since 2003 have come in the past two seasons. The Titans won the last meeting between the two teams in December of last year. That game was in Indianapolis.

The Colts have won seven of the last eight games played in Nashville. Add in the whole coronavirus thing and the Titans playing at home is not a real advantage in this series.

Looking at the two teams this season, we see the Colts have lost two of their last three games. Both losses were to teams with winning records. Indy has just one win over a team with a winning record. That would be the 5-4 Bears.

Still, the Colts have one of the best defenses in the NFL. That’s a good thing since the Titans offense can score. Tennessee scored 30 or more points in each of its first four games though they have cooled off somewhat over the past few weeks.

MUST READ > NCAA FOOTBALL BETTING FOR THE REMAINDER OF THE SEASON

The Colts offense has been suspect at times. Quarterback Philip Rivers has been up and down all season long. He will go up against a Tennessee defense that is just awful. Tennessee gives up over 25 points per game.

The key to tonight’s Colts Titans free pick might be this. Indy has held Tennessee RB Derrick Henry to fewer than 100 yards in five of the last six Colts-Titans matchups.