Does Clemson Have the Ammo to Beat 'Bama? 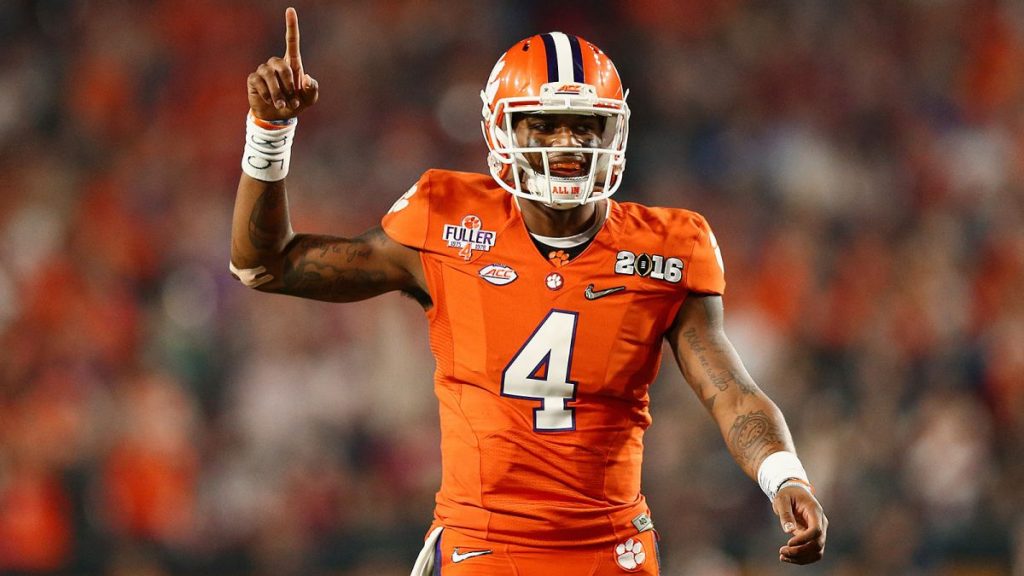 The Clemson Tigers made it an absolutely thrilling contest last year when they played the Alabama Crimson Tide for the national championship. This year they are back with much the same weaponry, while Alabama comes into the game undefeated. This should make for a genuine barnburner as these to meet up at 8 PM ET at Raymond James Stadium in Tampa. Those customers who are signed up with America’s Bookie will enjoy either of two “Live Betting” options to make wagers during the game.

Nick Saban has won four different national titles at Alabama, and this season he has a first-year quarterback in Jalen Hurts, a genuine dual threat who has completed 65% of his passes. Hurts, unlike some of the other Alabama quarterbacks, is a genuine threat on the ground as well (891 yards) . He’s got great receivers, including tight end O.J. Howard, but you get the feeling he hasn’t really maximized their abilities. And Lane Kiffin, the offensive coordinator who has worked closely with the freshman, has taken off for his new job as head coach at Florida Atlantic. Saban, truth be told, did really want to keep him around, as it appeared that Kiffin was losing some focus. The play-calling against Washington in the national semi-final was thought to be less than inspired.

Clemson looked less than inspiring in the early part of the schedule, as they barely got by Auburn, had a scare against Troy and were none too impressive in beating Georgia Tech. But then there was the thriller against Louisville, and some other significant wins, including one at Florida State. But by far the most impressive performance of the season came last week against Ohio State in the Fiesta Bowl, as they held the Buckeyes to 215 yards and shut them out 31-0.

In the NCAA championship betting odds posted on this game, Alabama is the favorite:

A lot of the same elements that were present in last year’s game are here again. For example, Alabama is very tough against the run, holding their opponents to just 62 yards per game and about two yards per carry. They have a tremendous sack unit, ranked among the top five in the country. So does Clemson. And of course, there is the continuity in the offense with the Tigers, as Watson has thrown for more than 4000 yards, is also a threat to run, and has been sacked very few times (16, to be exact). Last year, both of them were coming off nice defensive performances, and Alabama had shown some chinks in the armor as Ole Miss had scored more than 40 points against them. Same situation this season. And the odds on this game were very similar as well.

Our point is that that game got to a total of 85 points, and even as the fourth quarter was starting and before Alabama scored a touchdown on a kickoff return and recovered an onside kick as a prelude to another touchdown, there were 48 points already on the board. So what is different? Well, Alabama had Jake Coker last season, and he was rather immobile in the pocket. This year they have a guy who can beat you with his arm or his feet, although we do admit that if he has to do it on his arm alone, he’s going to have a much harder time. But on the Clemson side, Watson has two receivers he did not have access to in last year’s championship game – Deon Cain, who was suspended last season for this game and has averaged 19 yards per catch, and Mike Williams, who was injured, but came back this season with 91 receptions and might just be the top wide receiver chosen in the NFL draft.

We can obviously make the case for either side here, but as part of the case, we would be arguing for either side to get more points on the board then might usually be expected as an element of victory. What we’re saying is that we are going strongly in the direction of an OVER here, given the 51-point total in the NCAA championship betting odds, as the Charles Jay/America’s Bookie Challenge continues.