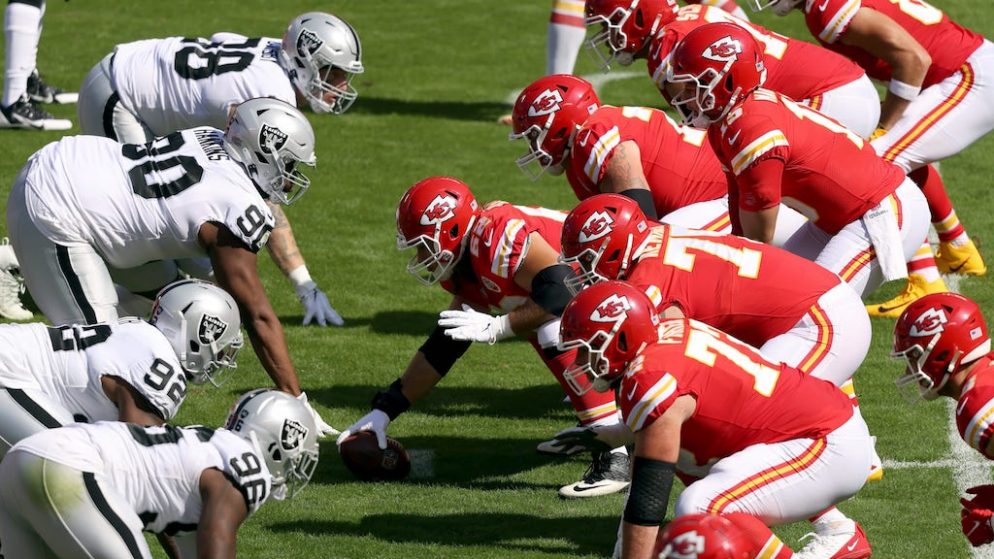 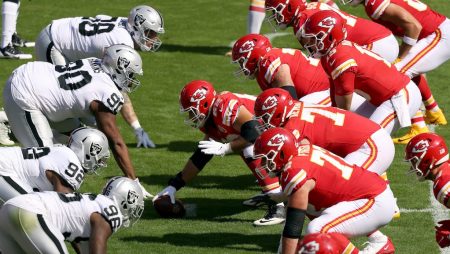 These are two of the hottest teams in the NFL right now. The Chiefs have won four games in a row, while the Raiders come into this match-up on a three-game win streak.

KC only have one loss this season and it came against the Raiders.

Earlier in the season, the Raiders went into Arrowhead and won (40-32).

Where: Allegiant Stadium in Paradise, Nevada

These are two of the highest-scoring teams in the NFL.

Josh Jacobs only rushed for 77 yards on 23 carries, but he had 2 rushing TDs. The Raiders finished the game with 144 rushing yards, while the Chiefs only had 80 rushing yards.

Prior to this season, the Chiefs had won five H2H games in a row. All of those wins were by 7+ points, so this point spread isn’t that big. You could also buy a ½ point and make the spread a TD.

The favorite is 11-5 in the last 16 H2H games and the Chiefs are 12-5 ATS in the last 17 H2H meetings when KC are playing away. KC have dominated the H2H series in recent years.

The big problem for the Raiders will be their passing defense. They’re allowing 264.9 PYPG (25th) and the Chiefs #1 passing offense is going to be able to throw all over the field.

My best bet for today’s Chiefs Raiders free pick in this game is on the Chiefs to cover against the spread.

I also lean to the over in this game, as both teams can put up points in a hurry. However, the under is actually 22-9 in the last 31 H2H meetings, including three of the last four H2H games.