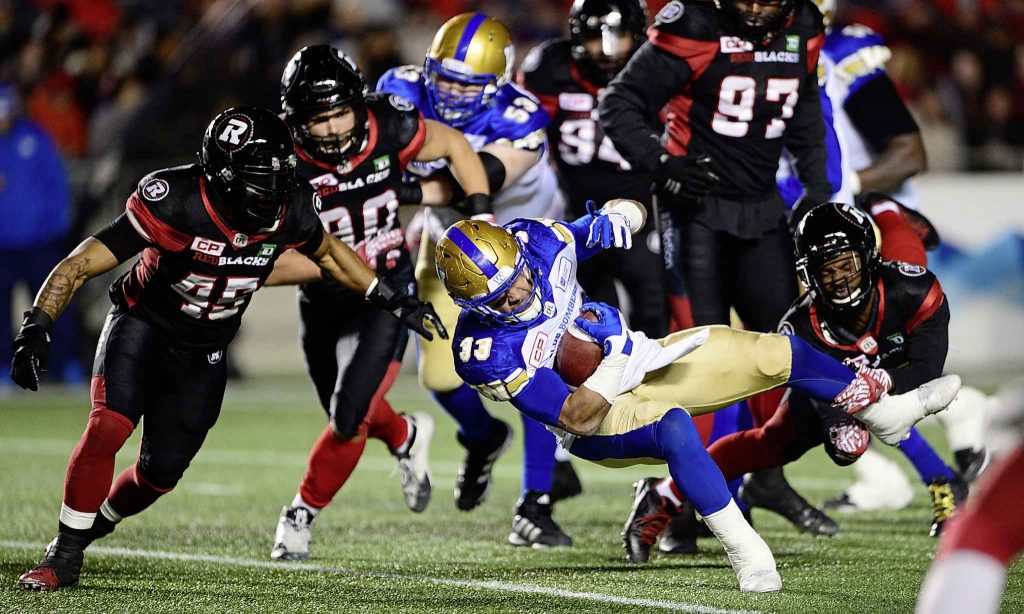 The CFL regular season keeps cruising along into Week 6. The early results paint an interesting picture in both the East and West Division race. The Hamilton Tiger-Cats are setting the early pace in the East at 4-1 both straight-up and against the spread. The defending division champions is the Ottawa RedBlacks and they are a game and a half off that pace at an even 2-2 SU with a 1-3 record ATS.

Out West, the Winnipeg Blue Bombers remain the only undefeated team in the CFL at 4-0 both SU and ATS and they hold a one-game lead over the Edmonton Eskimos (3-1 SU, 2-2 ATS). The reigning CFL champs is Calgary and the Stampeders are off to an even 2-2 start SU (1-3 ATS).

The RedBlacks and Blue Bombers will square off against one another on Friday night in a slated 8:30 p.m. kickoff at IG Field. This will be the second meeting this season after Winnipeg upset Ottawa 29-14 on July 5 as a three-point road underdog. The total stayed UNDER the 54-point closing line. The RedBlacks come in as heavy 9.5-point underdogs on the road this time around.

After opening the new season with a huge 32-28 road upset against Calgary as a nine-point underdog, Ottawa got past Edmonton 44-41 at home, but failed to cover as 4.5-point favorites. Last Saturday as nine-point home favorites, the RedBlacks came up well short in a stunning 36-19 loss to Montreal.

It is still fairly early in the season, but this Friday night’s rematch becomes a very important game for the RedBlacks. They have not played up to expectations the previous few weeks and a third-straight loss would cast some serious doubt on this team’s chances to win the East again this year.

The recent betting trends in this matchup do not favor Ottawa with Winnipeg winning five of the last six meetings both SU and ATS. The Blue Bombers have outscored their opponents 138-79 during this year’s current four-game winning streak and they appear to be the most complete team in the CFL on both sides of the ball. 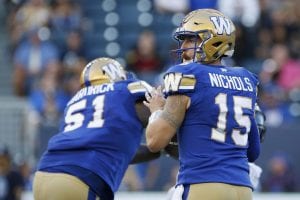 Betting against a hot team is an unpopular strategy, but sometimes you get a feeling about a game that points you in the other direction. Ottawa is a better team than the one I have watched in its last two games.

Quarterback Dominique Davis is an exciting young player that is finally getting a chance to start in his fourth season in the league. He has completed 103 of his 156 passing attempts for 1,132 yards. The concern has been the seven interceptions against three touchdown throws.

Are you excited for The Open? Visit our Golf Betting News page for Free Picks for the PGA’s last Major of the season.

RJ Harris has been his top target in the passing game with 23 receptions for 309 yards and one score. Mossis Madu has led the ground game with 227 yards rushing on 55 carries. Despite the 2-2 start, this offense has still manage to average 27.3 points per game. The defense needs to tighten things up after allowing an average of 33.5 points in those first four games.

The Blue Bombers have set the early pace in the West behind Matt Nichols throwing the ball and Andrew Harris running it. Nichols leads the CFL in passing touchdowns with 10 against just one interception. Harris has racked up 378 yards rushing on 58 carries. Credit the Blue Bombers’ defense for holding teams to an average of 19.8 points per game.

Everything points Winnipeg’s way in this matchup, but parity is very much alive and well in the CFL this season. With the exception of Toronto, any team is capable of beating any other team SU regardless of the betting spread.