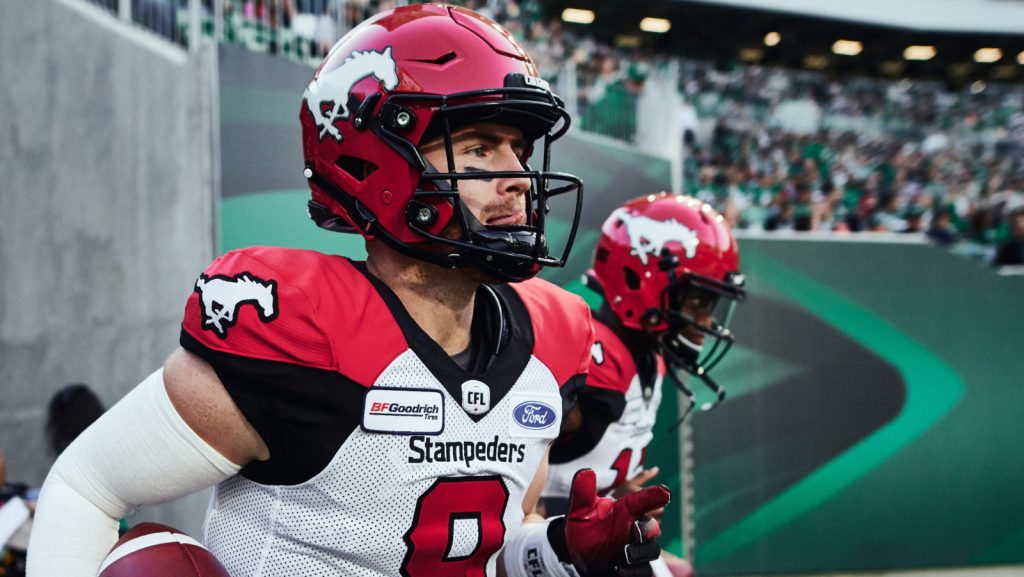 Many casual sports bettors take a vacation this week with the MLB off the board until Thursday because of the annual All-Star break. Professional golf’s final Major does not get underway until next Thursday and the Women’s World Cup just came to an end on Sunday with the US National Team winning it all.

You can find some betting lines at online sportsbooks for the start of the NBA Summer League in Las Vegas, but I have zeroed in on Week 5 of football north of the boarder in the CFL for my top underdog play of the week.

The Calgary Stampeders have been the class of the CFL the past few seasons highlighted by three-straight trips to the Grey Cup title game. They finally won it all last season by defeating Ottawa to win the 2018 CFL Championship.

Following Saturday’s 37-10 road victory against Saskatchewan as five-point underdogs, the Stampeders tried to send a message that the road to the 2019 Grey Cup still goes through their backyard.

What made that win so important in the team’s 2-1 straight-up (1-2 against the spread) start was its injury issues at quarterback. Bo Levi Mitchell has been a big reason for Calgary’s recent success, but he remains sidelined for at least six weeks with a shoulder injury he sustained in Week 3. In his place, Nick Arbuckle completed 19-of-22 passes for 262 yards and a pair of scores in Saturday’s win.

To keep things rolling in the West, Calgary heads east this week to face the Hamilton Tiger-Cats, who are 3-1 both SU and ATS in their first four games. Hamilton put up 64 points on the road against Toronto in Week 2 ahead of a 41-10 victory against the Montreal Alouettes in the first of an East Division home-and-home series as a 12.5-point favorite.

The Tiger-Cats may have gotten caught looking ahead to this Saturday’s home game against Calgary in last Thursday’s embarrassing 36-29 loss to the Alouettes as 13.5-point favorites on the road. It is hard to beat the same team twice, especially in back-to-back meetings, but Hamilton will be out to prove that the loss was a fluke and it is the best team in the East this season.

Saturday’s kickoff from Tim Hortons Field is set for 7 p.m. This week’s CFL lines have been delayed, but I expect Hamilton to open as a slight home favorite. Calgary comes in at 5-1 SU in its last six games with a 4-2 record ATS. The Tiger-Cats are 4-2 SU and ATS in their last six games as well so something is going to have to give in this inter-division tilt.

Arbuckle has a world of confidence coming off last week’s performance, but he is facing a much tougher challenge this time around. He will need some more ground support from the duo of Ka’Deem Carey and Terry Williams after the two combined to rush for 122 yards and one score on 18 carries against Saskatchewan. Balance between the run and pass could be the key to notching a second-straight win in front of a hostile crowd.

The Tiger-Cats have developed a solid aerial attack behind quarterback Jeremiah Masoli. Of the passers that have played all four weeks of the new season, he continues to lead the way with 1,325 passing yards and seven touchdown throws. He has completed 70.1 percent of his 134 passes, but he has also been intercepted five times. This is a vulnerability that Calgary may be able to take advantage of this Saturday night. 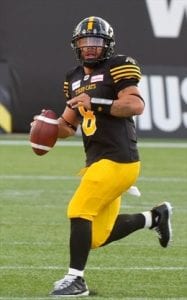 Head-to-head, the Stampeders have won the last five meetings SU and they have covered ATS in six of the last seven games between the two. Calgary actually needs this game more and I think that shows in the final score with the SU win on the road.

If you made it this far, you’re in luck. We consider ourselves well rounded here at ATB, and if you haven’t heard of Greta Van Fleet and you like rock music…you’re welcome!