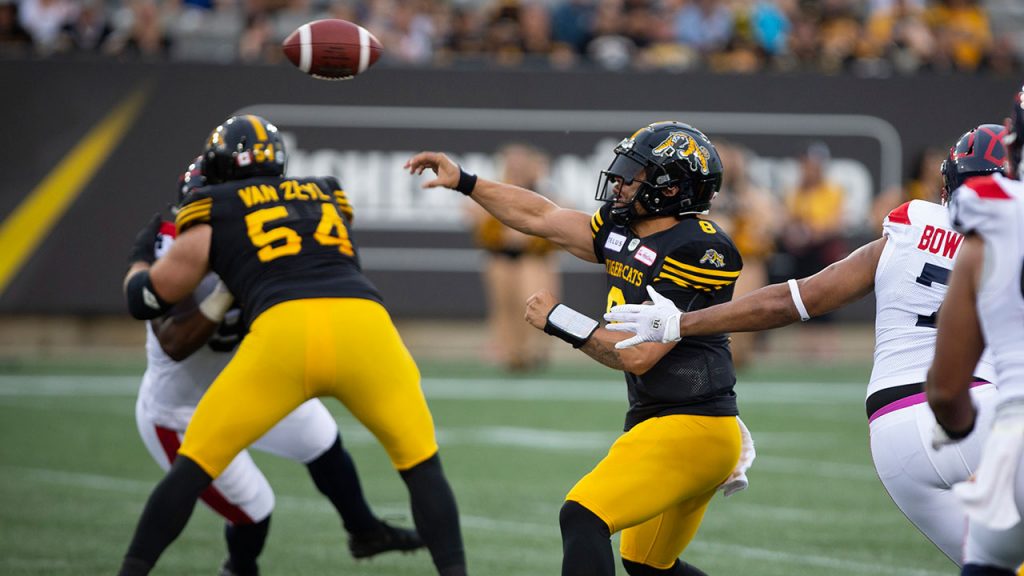 Happy 4th of July! There aren’t many things better than America on Independence Day. Sun, family, food, a day of celebration. There is one thing I can think of though – football. So, it happens to be played on a gigantic field with a funny looking striped ball. Doesn’t matter. It’s still football and that’s why we’re headed to Canada for today’s free pick. Unbeaten Hamilton heads to Montreal to take on an Alouette team they beat 41-10 just last week. Will a week make a difference?

>>> FIND A SPORTSBOOK TO BET THE CFL

The Tiger-Cats have a high-powered offense led by QB Jeremiah Masoli. The six-year CFL veteran has thrown for 924 yards and eight touchdowns in Hamilton’s three games thus far. His top target, WR Brandon Banks, is the CFL’s leading receiver with 334 yards. The pair has helped Hamilton average a whopping 42.8 points per game.

As good as Hamilton is on offense, the defense might be even better. In their three wins this season, the Tiger Cats have allowed just 41 points. That’s an average of just 13.6 per game. That number is tops in the CFL. In last week’s win over Montreal, the Hamilton defense recorded six sacks.

Should the defense do the same this time around, it could be a long night for the Alouettes. The franchise is struggling having lost its last 10 games in a row dating back to last season. Head coach Khari Jones should have QB Vernon Adams back after an injury forced him to miss some of last week’s game. Matt Schiltz filled in when Adams went out.

It didn’t really matter much who was at quarterback for the Alouettes as the offense generated just 10 points. Jones and the Alouettes will be looking for their first win of the 2019 season, but don’t expect them to get it against a Hamilton team that could be a Grey Cup favorite.

Here’s the deal. Hamilton is good. They can generate points on offense and the defense is outstanding. Montreal, on the other, is not so good. Playing at home won’t make much of a difference either as the Alouettes are just 2-12 in their last 14 home games.