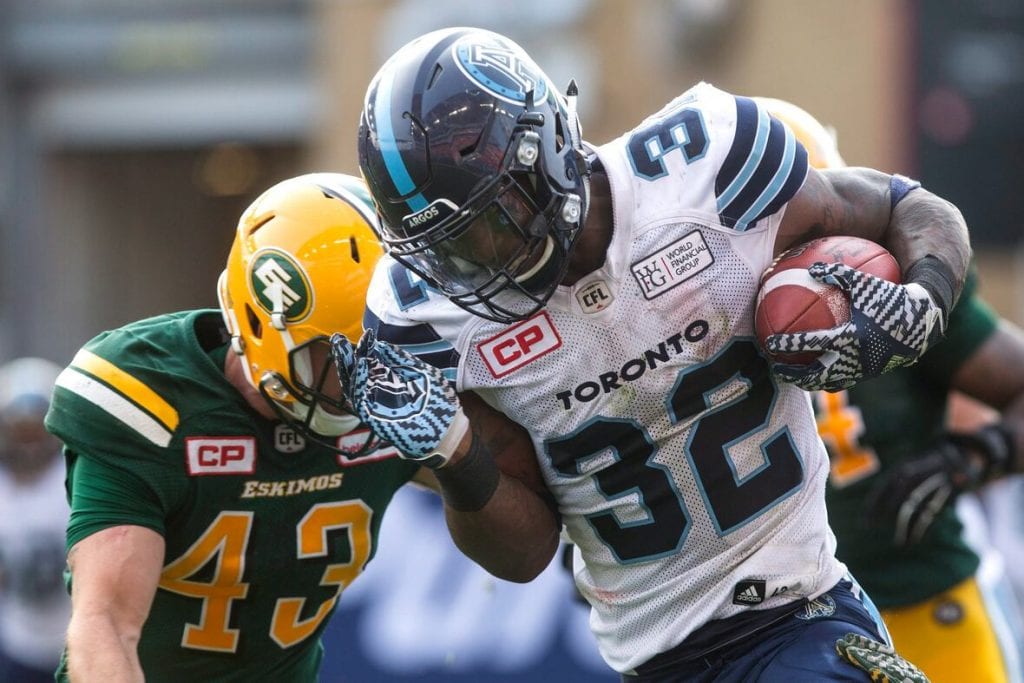 Yes, we are headed back to Canada for Thursday’s free pick. And yes, it’s those same Toronto Argonauts that we will focus on once again. Last Thursday, the Argos somehow managed to prevent Calgary from covering in a loss to the Stampeders. It was Toronto’s fifth loss of the season and leaves the Argos as the only team in the CFL without a win. I’d love to say they will pull out their first victory of the season on Thursday in Edmonton, but I’ve got something else in mind.

Toronto hasn’t won a game for a long time. It’s bound to happen sometime, and while I would love for it to happen Thursday with the moneyline at +370, I just can’t pull the trigger. The Argos average just 15 points a game on offense and they give up a whopping 37.6 per game on defense. Ouch.

But, what is exciting is how well Toronto has played against Edmonton over the past few seasons. Consider the last four meetings between the two teams. The teams are 2-2 with each team winning their two games at home. What stands out is the final scores. Last July 13, Edmonton beat Toronto by a score of 16-15. A week prior to that, the Argonauts pulled out the victory by a score of 20-17.

In October of 2017, Edmonton won at home, 30-27. You have probably caught on by now, but for good measure we’ll add the September 2017 game played in Toronto and won by the Argos, 34-26. Four games all determined by a mere 15 points. For some reason, Toronto puts up a fight against Edmonton and it makes for close games.

Edmonton is an 11.5-point favorite on Thursday night. The Eskimos started the season 2-0, but have taken a step backward having lost two of their past three games. The offense mustered just 320 yards last week in a 20-10 loss to Montreal. Quarterback Trevor Harris completed just 29-of-43 passes for 271 yards and no touchdowns.

THIS MAY INTEREST YOU – 2019 WGC-FEDEX ST. JUDE INVITATIONAL PICKS

While the Eskimos clearly have the advantage of playing at home and clearly appear superior to Toronto, they will face an Argonauts team hungry for a win. Toronto stayed in Edmonton this week in preparation for Thursday’s game. It might not guarantee a win, but it might help Toronto keep the game close.

An Argos upset will pay more, but taking Toronto and the points at least puts us back in the win column.