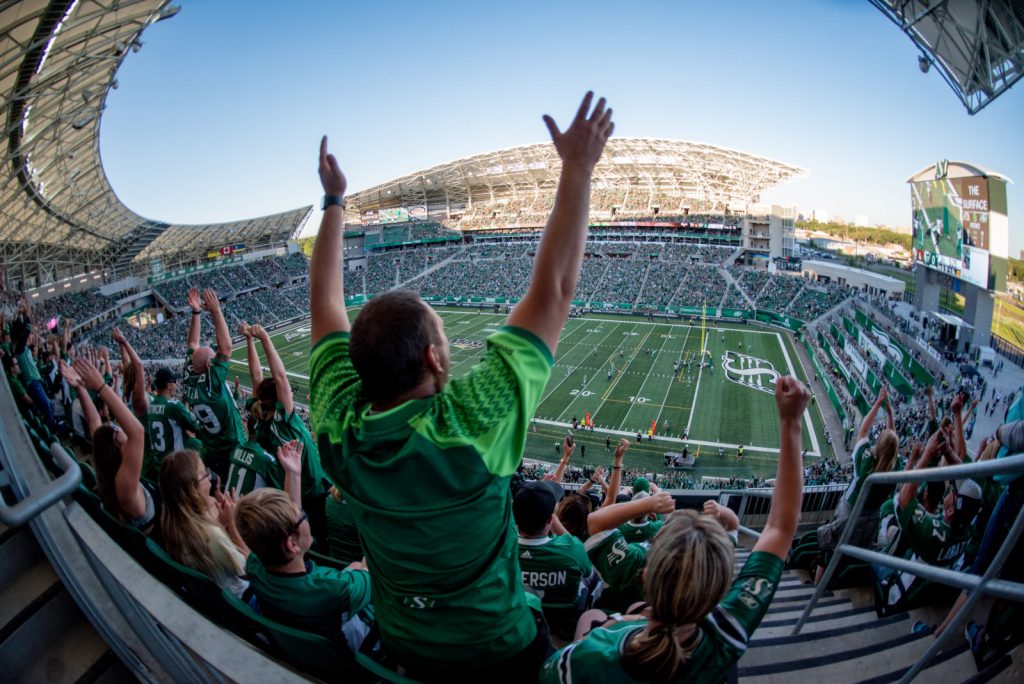 It’s Canada Day, so ATB thought they’d bring in a Canuck to bring some Canadian flavor today. The traditional CFL July 1st game has the Saskatchewan Roughriders hosting the Toronto Argonauts. I can’t for the life of me figure out why Toronto is only playing their 2nd game of the season, even though we’re in Week 3. Ah…nothing makes sense in the Canadian Football League.

Bet the CFL at one of our trusted Online Sportsbooks

Have you ever been to a Saskatchewan Roughriders game? Their fans are amazing. I mean think about it, there has never been the thought of a professional sports team going to Regina, or anywhere else in Saskatchewan for that matter. The bleed green and love their Roughriders.

The Argonauts first game was against the Hamilton Tiger Cats, and suffered a big 64-14 loss. On Friday, the Ti-Cats took care of Montreal 41-10, but in Week 1, these very Roughriders kept it close against Hamilton. Hamilton beat Saskatchewan 23-17.

After the Week 1 loss, the Roughriders played another close one in Week 2, a 44-41 loss to the Ottawa Red Blacks.

Add to that, the Roughriders are 11-5 ATS in their last 16 following a SU loss.

The crowd is going to be jacked for Canada Day in Regina, and I expect the Roughriders to win this one by more than 10. I also think it will go UNDER, but I’m taking the Saskatchewan Roughriders -10.