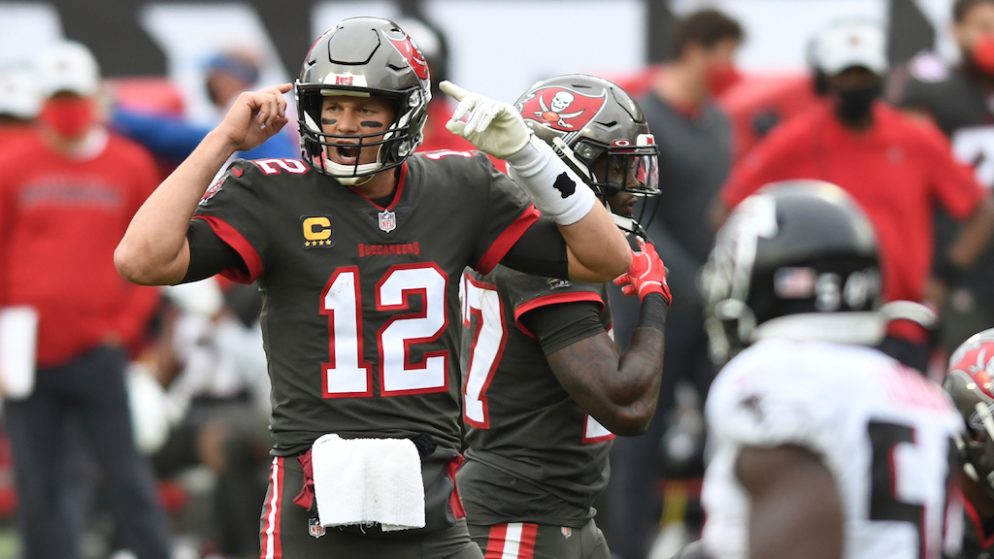 The NFL playoffs get underway in just a few hours, and we’re bringing you a Buccaneers Football Team pick!

We have a tripleheader today and tomorrow due to the expanded NFL playoffs. The last game on the schedule today features the Tampa Bay Buccaneers vs. Washington Football Team.

MUST READ > BETTING THE 2020 NFL PLAYOFFS

These two teams don’t play each other very often. In fact, they’ve played just twice in the last five years and Washington won both games, but that was before Tom Brady arrived in TB.

Several players enter the game with questionable tags. Mike Evans is questionable on the Bucs, while Alex Smith, Terry McLaurin and Antonio Gibson are all questionable for Washington.

However, all four offensive starters are expected to suit up and play.

The big battle in this game will be the Bucs passing offense vs. Washington’s passing defense.

The Buccaneers average 289.1 PYPG (2nd), while Washington only allows 191.8 PYPG (2nd). Will they be able to limit Brady? My opinion is Brady will have a field day airing it out.

He has too many weapons for the Football Team to keep him limited.

Brady comes into this game after throwing 4 TD passes in each of the Bucs last two games. He has everything clicking at the right time. Even Antonio Brown seems to be in playoff form.

The Bucs are 0-4 ATS in their last four wild card games, but trends don’t mean anything in this game, as the TB roster is so different than it has been in recent years.

My money will be on Brady and the Bucs in this spot to cover ATS for today’s Buccaneers Football Team pick.

TB rank #1 in rushing yards allowed (80.6 RYPG), which means Alex Smith is going to be forced to air it out. Is he going to pull off a playoff miracle and throw for 300+ passing yards tonight?

I doubt it. Smith could have an ugly day if the Bucs go up by two TDs early. Smith isn’t the type of QB to bring a team back after going down. This game could get ugly.

There’s a reason this line is sitting at -8 and hasn’t dropped. Having said that, always take the time to do some line shopping, it can be the difference between winning and losing.