Boxing Betting Odds – Is Kovalev Really in For a Cakewalk Against Agnew? 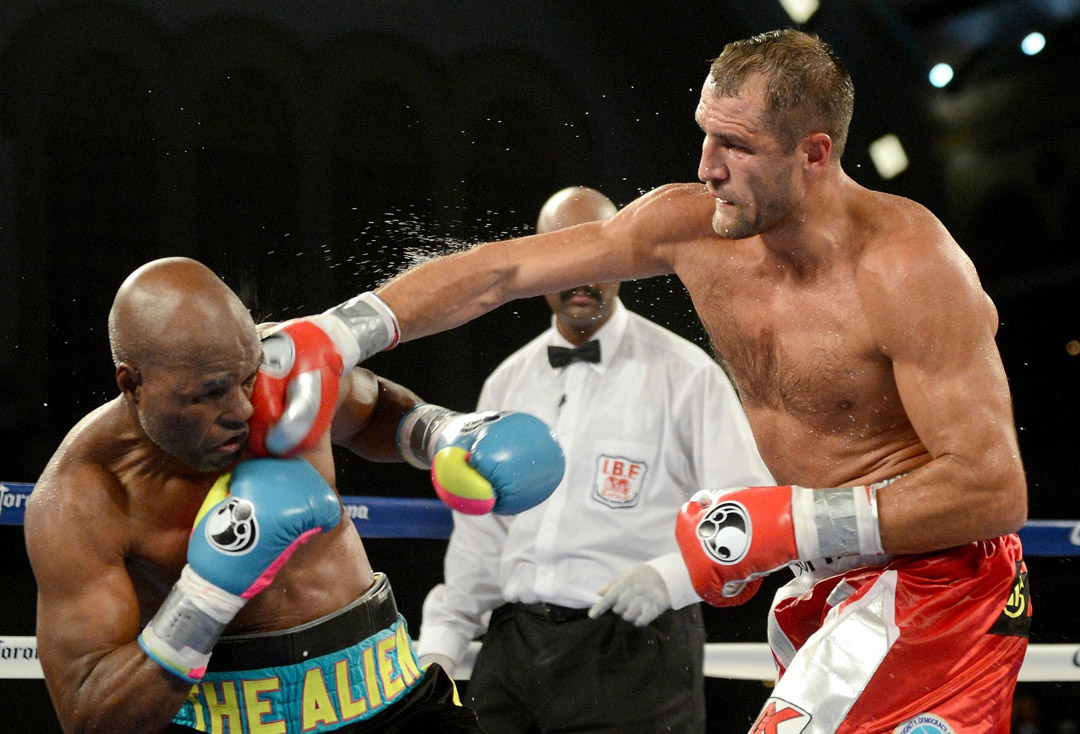 For Sergey Kovalev, or at least the people who handle him, there are going to be bigger fish to fry down the road, but what is in this fighter’s immediate future is the second defense of his WBO light heavyweight (175-pound) title on Saturday night, as he encounters the undefeated Cedric Agnew, fighting out of Chicago with a record of 26-0 with 13 KO’s.

The fight will take place in The Ballroom at Boardwalk Hall in Atlantic City, and is televised on HBO as part of the “Boxing After Dark” series.

It’s tough to predict what to expect out of Cedric Agnew on Saturday night, because he is relatively untested. He is also largely untelevised, and perhaps it is better for him that way, since there is not as much footage to study. I know about him because my friend, Malcolm Garrett, handles him, and I know that he has some ability, but Malcolm has also steered him along rather carefully.

Agnew (no relation to former vice-president Spiro Agnew), who was a pretty good amateur around Chicago who had some success in national amateur tournaments, hasn’t really scored any marquee wins, although he does hold the USBA crown at 175 pounds, defeating Yusef Mack for the belt last April.

By and large, however, he is a boxer-type and not someone known to have tremendous power, and therefore not considered to be a threat toward Kovalev’s future plans. After all, the people who are handling Kovalev’s career, from the Main Events promotional organization, know they have a hot commodity, and HBO is only too willing to go along with whatever they need to for the time being until they put together something where a lot of money is going to be made.

There are very little expectations in the Kovalev camp that their man is going to be derailed on his way to bigger and bigger paydays. Maybe that is one of the reasons Kovalev is such a huge favorite in this fight, priced at -4500 in the boxing betting odds at America’s Bookie, with a takeback price of +1500 on Agnew.

Regarded as one of the premier punchers in his weight division, Kovalev, a Russian who fights out of Fort Lauderdale, is tearing everybody up that he finds. In 23 pro bouts, he has stopped 21 opponents, including the last seven. Not counting a technical draw three years ago, his last eleven fights have gone a TOTAL of 33 rounds.

While one has to admit that his roster of opponents hasn’t been all that star-studded, Kovalev has nonetheless been impressive in taking out some credible people, especially Nathan Cleverly, who he beat to win his WBO title last August.

There was going to be a fight against Adonis Stevenson, another light heavyweight star that has been drawing a lot of attention. But apparently boxing bettors will not get to see that fight, because Stevenson’s people, who include the mysterious power-broker Al Haymon, wanted more and more money out of HBO and are now going to do business with Showtime. So Kovalev may have to find someone else to fight after this. And from a financial perspective, that may be a big disappointment.

Can Agnew throw the proverbial monkey wrench into those plans? As a fighter priced at +1500 in the boxing odds at America’s Bookie, it doesn’t appear so, but stranger things have happened. He is an educated boxer, and that would see to be something Kovalev might have a bit of difficulty with. And according to Garrett, Agnew was extremely anxious to make this fight, so he must see something he thinks he can capitalize on. We can say this – there is the ability to frustrate Kovalev, IF he can take some punishment along the way. That is a big question mark with Agnew.

Boxing bettors must want to consider what could wind up an incredible irony – that someone so highly-touted as Kovalev might lose to an opponent, not so much because he was looking past him toward someone else, but because he was down in the mouth over the idea that he DIDN’T have someone to look forward to?