Boxing Betting – Cotto Eyes Bigger Things, But Must Get By Rodriguez 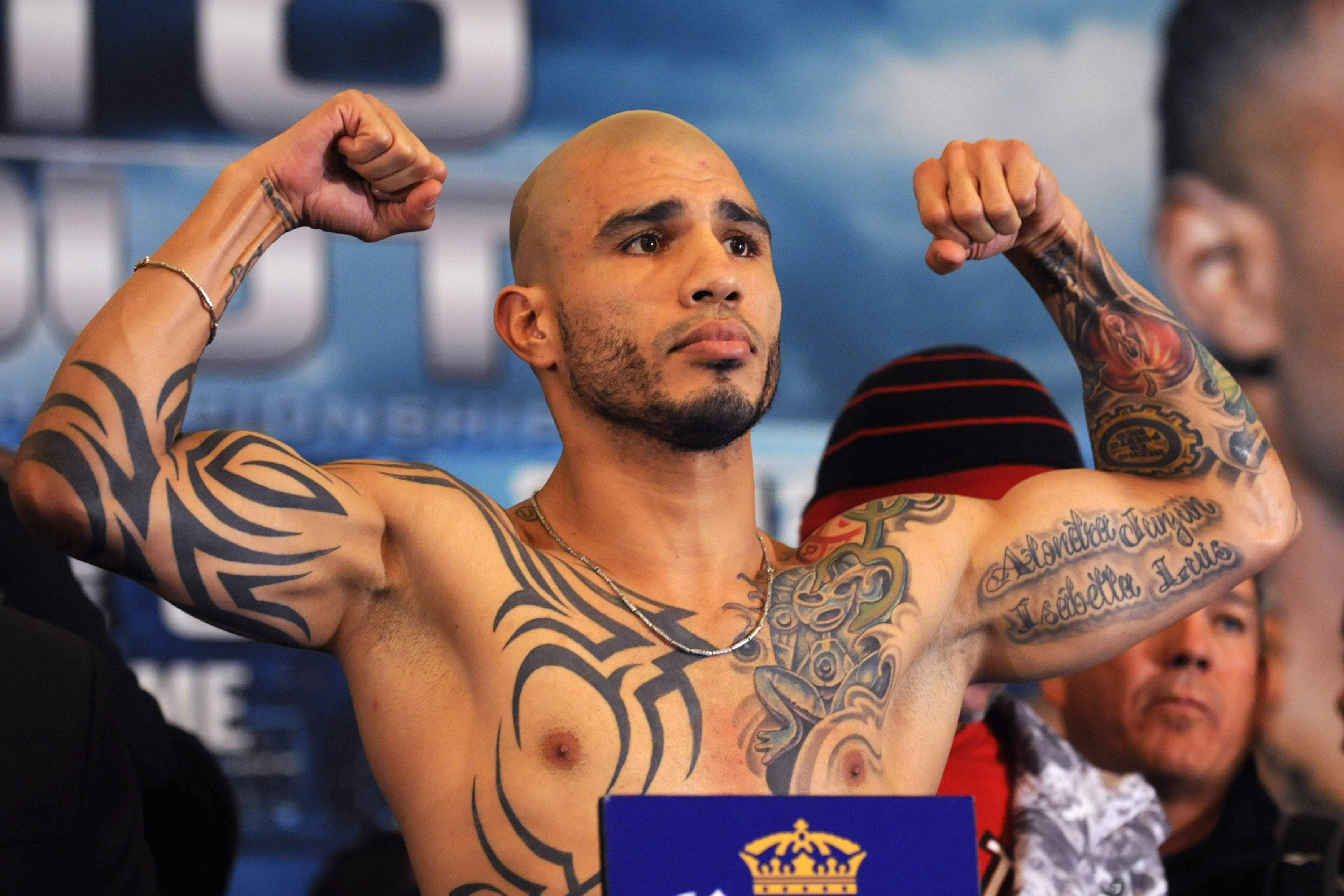 Boxer Miguel Cotto flexes his muscles as he stands on a scale during a weigh-in, ahead of his fight against Austin Trout in New York, November 30, 2012. Cotto will fight Trout on Saturday at Madison Square Garden. REUTERS/Keith Bedford (UNITED STATES - Tags: SPORT BOXING) - RTR3B2GG

Miguel Cotto is one of the more recognizable names to boxing bettors worldwide. And he will be trying to get his career back on track come Saturday night, when he takes on veteran Delvin Rodriguez in a junior middleweight fight that will be televised live in the United States by HBO. The scheduled 12-rounder takes place at the Amway Center in Orlando, FL.

If Cotto wins, he could be set up for a big money fight against Canelo Alvarez or Sergio Martinez.

Here are the odds on this fight, as they are currently posted by the folks at America’s Bookie:

Cotto (37-4, 30 KO’s) has suffered two straight defeats. He put forth a very spirited effort against Floyd Mayweather last May in losing a decision for the WBA’s “Super” title at 154 pounds, and then he lost in December via decision to Austin Trout for the WBA’s “regular” title at that weight. He has previously held championship belts in the junior middleweight (WBA), welterweight (WBA/WBO) and junior welterweight (WBO) divisions. He was undefeated until a July 2008 11th-round stoppage loss to Antonio Margarito. He also went to the 12th round before being stopped by Manny Pacquiao in November 2009.

Rodriguez (28-6-3, 16 KO’s) has challenged twice for world championships. He lost a split decision to Isac Hlatshwayo for the IBF welterweight title in August 2009 and lost a unanimous nod to the aforementioned Trout for the WBA 154-pound crown last June. In his last fight (May 24) he stopped Freddy Hernandez on cuts, in a fight that was originally called a technical decision but was later changed.

For Cotto (the -505 favorite in the boxing betting odds), this fight is a stepping stone of sorts. Since he is in demand due to his status as a popular pay per view draw, he is being considered by the camp of Canelo Alvarez for a fight in early 2014, and has also been mentioned as a possible opponent for Sergio Martinez, one of the middleweight champions who is sitting out with an injury at the moment. As a promotional free agent, Cotto is free to investigate any fight he wants, but he does prefer to do business with the people at Top Rank, which is staging this fight in Orlando.

Can Rodriguez (priced at +403 at America’s Bookie) ruin his prospective plans? Not likely. Although he will hold about a three-inch height edge, Rodriguez doesn’t always use that to his advantage. He often gets lower, which takes that game plan out of play, and does not offer enough snap with the jab to keep Cotto off him if the Puerto Rican is very sharp. Since he does not possess great power, Rodriguez is going to be challenged to hold Cotto at bay. If Cotto is rusty, Rodriguez can probably figure out a way to keep himself competitive in this fight for a while, because he does possess some craft. But he is not likely to hold a quickness edge if Cotto is able to get in and out, which should be the aim.

With a left hook that is just as effective to the body as it is to the head, Cotto has a chance to take some of the movement out of Rodriguez as the rounds progress. Perhaps he can score a late stoppage, but boxing bettors should know that won’t be the primary objective. He’s just got to get the effects of nine months of inactivity out of him. HBO and Top Rank know that they are not putting him in the ring with dangerous opposition, so you can bet that they are going to try to put something together in the next bout that is more substantial.