Boxing Betting — CJ: Can Mayweather Get Berto Out of There? 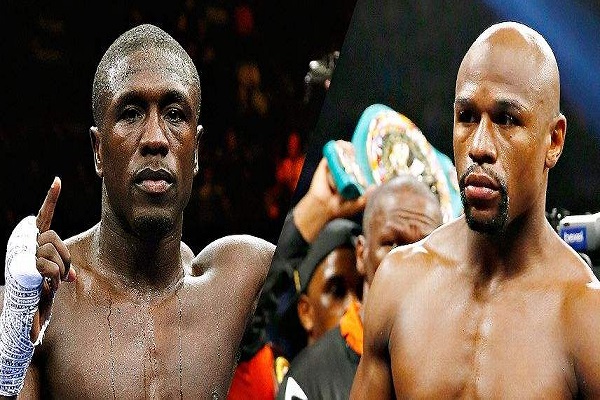 We are clearly in the latter stages of Floyd Mayweather‘s career. It is doubtful that Saturday night’s fight against Andre Berto is the very end of it, but there is plenty of speculation going on with regard to everything, it seems, EXCEPT this fight, which wasn’t generating a whole lot of interest from the paying public, last we looked. Will it get a lot of action from the America’s Bookie audience? It will be carried live on pay-per-view, and takes place at the MGM Grand Garden in Las Vegas.

The fight is being contested for both the WBC welterweight title and the WBA “Super” welterweight crown. We’ll explain the “super” part some other time.

Mayweather’s last fight was in May against Manny Pacquiao, and obviously that is what everybody had been waiting for. It was anti-climactic at best, with Pacquiao unable to mount an offensive attack as “Money” rolled to a unanimous 12-round decision. So what does he do for an encore? He does this, which leaves fans wondering what the REAL wind-up will be. Perhaps the Pacquiao rematch?

In the boxing betting odds posted on this fight by the people at America’s Bookie , Mayweather is what is known as a prohibitive favorite:

Berto (30-3, 23 KO’s) is a former National Golden Glove champion who competed for Haiti in the 2004 Olympics, after he failed to qualify for the U.S. team. He was steered well up the ladder, eventually winning the WBC welterweight title in June 2008 with a seventh-round stoppage of Miguel Angel Rodriguez. Then there were five successful defenses, then a decision loss to Victor Ortiz in a fight where both fighters hit the deck. But then, in this world of many titles, he got a chance to win the IBF belt in the next fight, and stopped Jan Zaveck. Berto lost subsequently to Robert Guerrero and Jesus Soto Karass, but scored a sixth-round TKO of Josesito Lopez for the “interim” WBA 147-pound crown on March 13. So he has actually won a welterweight title on three different occasions, although he has lost three of his last six fights.

Berto can punch, but he is hittable. And if he is hittable, Mayweather will hit him. The problem is that he won’t hit him that hard. Floyd’s last win inside the distance was against Ortiz in September 2011, and eleven of his last 13 victories have been by decision. Berto is unusual among Mayweather’s opponents in recent years in that he is “natural” at this weight, rather than a guy who has been pumped up to be there. So we’re figuring Floyd will have a hard time taking him out. So it is not difficult for us to lay the price on the “over” in the CJ/America’s BookieChallenge for this one.

Berto has been tainted by the suspicion of controlled substances. He’s had a rematch with Ortiz postponed because of a positive test for anabolic steroids, and he has worked extensively with the notorious Victor Conte. Stories have emerged lately about Mayweather’s relationship with the United States Anti-Doping Agency, which may have overlooked some banned IV treatments he received before his fight with Pacquiao. Along with the “injured shoulder” Pacquiao is said to have gone into that bout with, there seems to be enough adjustment to the story line being pushed to try to justify a rematch.

Unfortunately, that’s what is on more people’s minds than this fight with Berto. The 2100 unsold tickets at the MGM – as of Wednesday anyway – would appear to be evidence of that. Will the pay-per-view subscribers reach the seven-figure mark? THAT might make for a good proposition for America’s Bookie patrons to ponder. .