Boxing Betting – Canelo is Back, and He’s Got the Unrelenting Angulo to Deal With 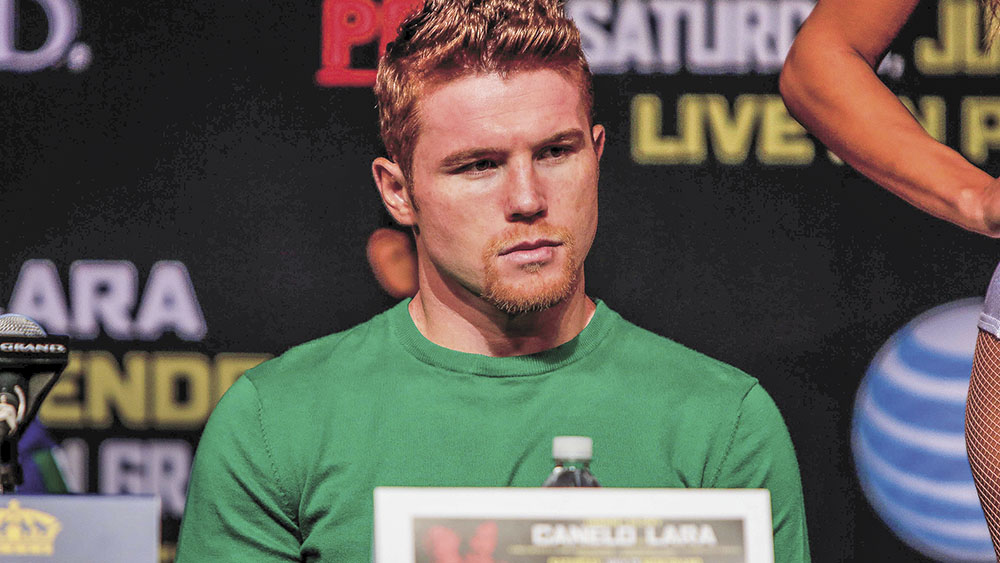 Canelo Alvarez made a ton of money in his last fight, and he hopes to get back to the point where he can challenge for the mythical “pound-for-pound” title. Whether he is good enough to do that is something that remains to be seen. But that won’t even be part of the discussion unless he is able to defeat Alfredo Angulo in a scheduled twelve-round bout. It will be contested in the light middleweight (154-pound) division, though they are both slightly above that weight, and it will take place at the MGM Grand Garden in Las Vegas.

In the boxing betting odds that have been placed on this fight at America’s Bookie, Alvarez is the big favorite:

Alvarez (42-1-1, 30 KO’s) is one of those all-action fighters whose style has endeared him to fans of all kinds, most particularly those in the Latin community. And for someone who is only 23 years of age, he has a lot of boxing experience, turning professional at the age of fifteen. He was a NABF (North American Boxing Federation) champion not long after the age of 18, and received the opportunity to fight for the WBC “Silver” title at 154 pounds when he stopped Luciano Leonel Cuello in six rounds. Later he won a vacant WBC crown at that weight, and probably became known to most boxing bettors at America’s Bookie when he stopped Alfonso Gomez in six rounds in September 2011. Wins over Kermit Cintron and Shane Mosley followed. As talk about a mega-fight for Alvarez persisted, he headed up a card in San Antonio rather than appear on a Floyd Mayweather undercard, and on that show he unified the WBC and WBA 154-pound titles with a hard-fought decision over Austin Trout.

That led him to the opportunity to fight Mayweather, in what became, by some measures, the most lucrative pay-per-view fight in boxing. In this fight, which took place last September, Alvarez, the boxing betting underdog, got off to a good start, but Mayweather clearly took control and outclassed the previously-undefeated Mexican. At the end, judge CJ Ross had the fight scored even, with the other two having Mayweather a clear winner, so the fight went into the books as a majority decision loss for Alvarez.

Angulo (22-3, 18 KO’s), the +475 underdog in the boxing betting odds at America’s Bookie, is a former WBO 154-pound champion, having won the interim title against Harry Yorgey on a third-round knockout in November 2009. He was involved in a slugfest against James Kirkland two years later in which both fighters went down in the first round, but Kirkland got through with more ammunition and scored a sixth-round technical knockout.

Angulo came back with a couple of wins and then challenged for the WBA’s interim light middleweight title against Erislandy Lara, and unquestionably threw caution to the winds, as Lara hit the canvas in the fourth and ninth round. But ultimately he was stopped in the tenth, as he was stunned and turned around and stopped fighting, as he had suffered an injury to his orbital bone.

Angulo might have a puncher’s chance, in the respect that Alvarez, though a slicker boxer, is not a guy who is going to continually move around and avoid him. Angulo is quite a bit slower, but if he can manage to get enough body punches in, he might be able to make Alvarez more stationary as the fight progresses. Angulo is pretty relentless in the way that he will pressure an opponent, and although Canelo has more ammunition to throw at him, if Alvarez can survive some flurries he can turn this into a genuine war of attrition. If that’s the way this goes, boxing bettors should know that anything can happen.

This fight could well go into the later rounds, although it could be brutal. We are going to grab the -155 price on OVER 8.5 rounds as it is posted at America’s Bookie, and also take the +475 sportsbook betting price with Angulo, with that puncher’s chance we talked about.