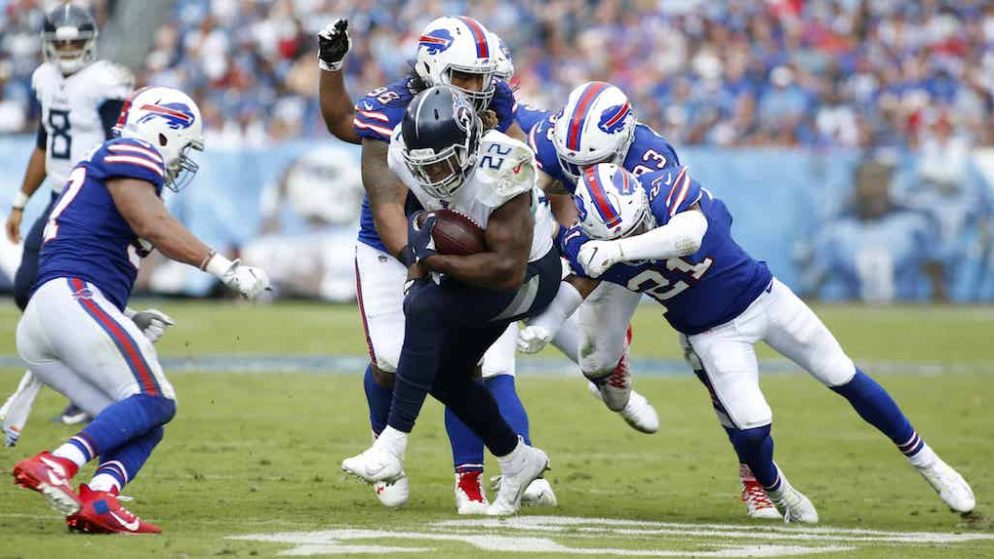 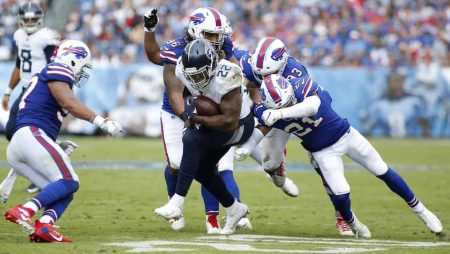 Two undefeated teams finish out NFL week 5 action tonight. And of course I have a Bills Titans free pick for you.

The Buffalo Bills will take on the Tennessee Titans tonight. The game was pushed back because the Titans are going through a COVID-19 outbreak, but the game must go on!

Tennessee have 13 players on the Reserve/COVID-19 list. The WR unit has been depleted and I have no idea how the Titans will be able to successfully throw the football tonight.

GET THE 1VICE ADVANTAGE BETTING THE NFL

Ryan Tannehill will have AJ Brown and Jonnu Smith, but that’s about it.

Corey Davis, Adam Humphries, Cam Batson and MyCole Pruitt are all ruled out.

Derrick Henry will suit up tonight and we can expect a heavy dose of the run game. Henry has 319 rushing yards (2 TDs), but the Bills rank #8 against the run (101.0 RYPG).

This game has a weird feel to it. Why are the Bills only a -3.5 favorite at online sportsbooks? Is Henry going to rush for 200+ yards on primetime TV? I can’t imagine Tannehill will throw for 250+ passing yards.

His #1 WR Brown hasn’t played since injuring himself in week 1. The Bills rank #29 against the pass (280.3 PYPG), which is their weakness on defense, but the Titans are too short handed.

Devin Singletary only has 213 rushing yards this season, but he should be able to break out tonight with a big game. The Titans are one of the worst teams stopping the run.

I hate the -0.5 point hook on this point spread, but when handicapping for my Bills Titans free pick tonight, I think the Bills will cover ATS tonight.

They can sell out on defense to keep Henry limited on the ground. Singletary will be able to run all over this defense and Josh Allen has looked like a stud so far this season.

Allen has thrown 12 TDs compared to just 1 INT. Stefon Diggs leads the team with 403 receiving yards and he has quickly fit in with his new team. Buffalo have scored 27+ PPG in each of their four games this season and if they can match that mark, they’ll cover the -3.5 point spread.