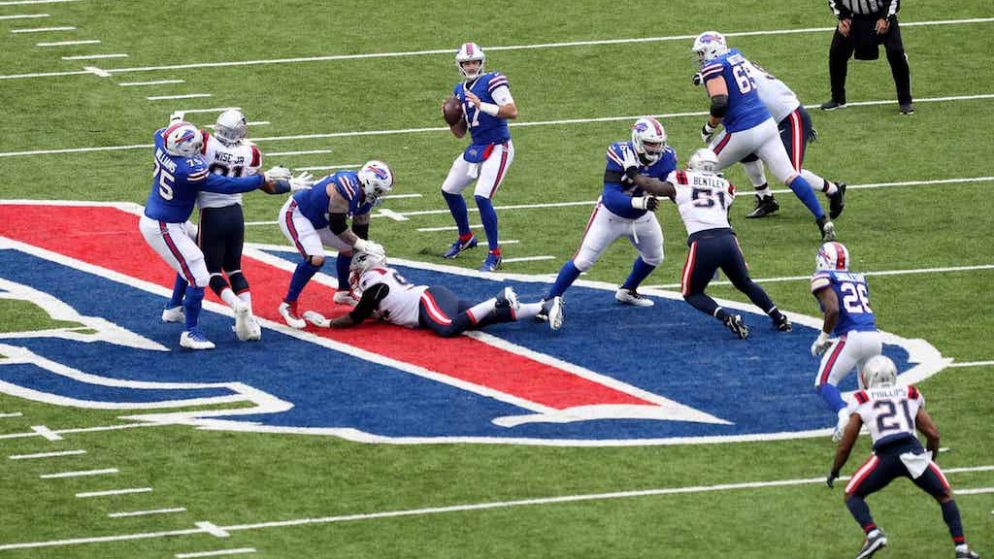 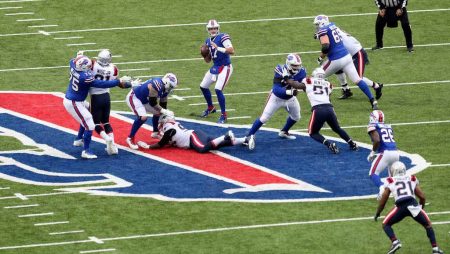 We took a little little break from our picks, but tonight we have a Bills Patriots free pick for you.

A Monday night win over New England would give the Buffalo Bills the No. 2 seed in the AFC playoffs. It would be fitting as the Patriots won the last 11 straight AFC East Division titles.

A Bills victory is important as Buffalo and Pittsburgh, 28-24 winners over Indianapolis on Sunday, are battling for the No. 2 seed in the AFC. Owning the second seed would guarantee a home Divisional Round playoff game.

A Buffalo win seems almost certain. The question is can the Bills cover the touchdown spread or should bettors play the Total, which is currently set at 46.

Despite Buffalo head coach Sean McDermott’s claim “this is still the New England Patriots,” this 2020 version of “the dynasty” is nowhere near the Patriots of yore.

New England of 2019 or any of the past 20 years would not be heading into its final game of the season after having scored just 15 points combined in its previous two games.

The Patriots offense is a mess at best, and have been showing trends for top sports handicappers. New England averages 20.6 points per game, 26th in the league. Without Tom Brady, the Patriots offense has turned into one that focuses on the running game with QB Cam Newton heavily involved. New England does average 145.4 yards per game – fifth in the league – on the ground.

Passing Not a Problem

The Bills, on the other hand, have the league’s second-best passing offense (278.5 ypg) and the league leader in receptions in Stefon Diggs (111). Quarterback Josh Allen has thrown for 4,000 yards and 30 touchdowns as the Bills average 29.1 points per game (6th in the NFL). This will impact my Bills Patriots free pick.

New England will be without reigning NFL Defensive Player of the Year Stephon Gilmore, who was placed on injured reserve. That’s not good news for the Patriots defense. New England had 20 players listed as limited in last Thursday’s practice. That’s also not good news.

When the Bills were blown out by Tennessee earlier this season, it started a four-game slide for Buffalo where they failed to cover the spread. The fourth game of that streak was the Bills 24-21 win over the Patriots on Nov. 1. Buffalo was a four-point favorite.

Since that game, the Bills are a perfect 6-0 ATS. The Bills are also 12-1 straight up in their last 13 games playing as the favorite.

With the Patriots limited offense and the Bills ability to score almost at will, look for the Bills to sweep the season series with New England for the first time since 1993…and cover.