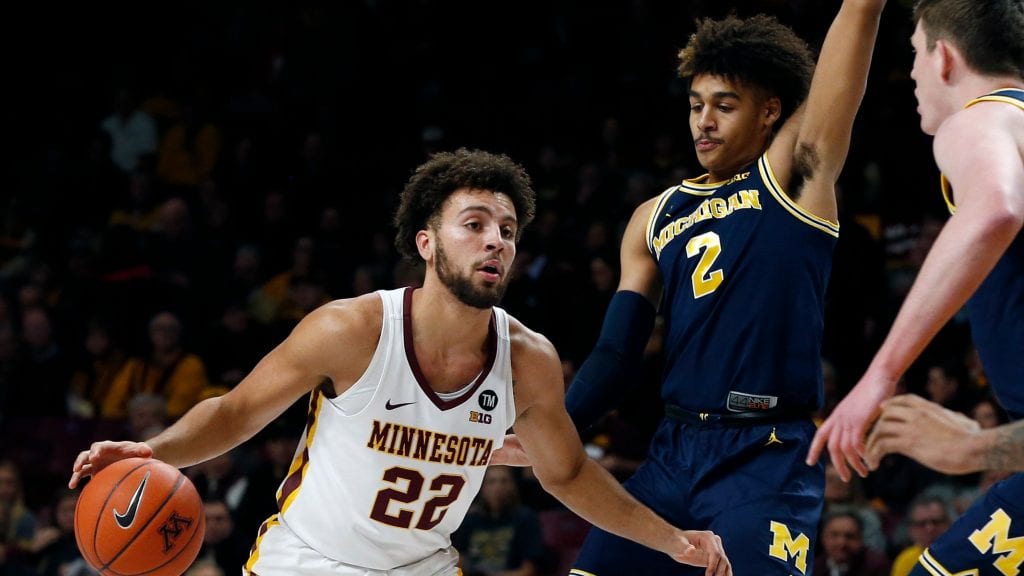 The Golden Gophers are not only a solid basketball team, they are a scary team. Remember, there is a reason they call it “March Madness”. The madness has most definitely been seen during this crazy tournament week. There have been a lot of wild upsets and certainly many fantastic games. The question in this one; who wins round two? The Gophers won the last matchup and they are coming off a big upset victory over Purdue, can the magic continue?

Browse our Sportsbook Reviews to choose a new book to bet March Madness.

The Gophers have put together 21 wins this season and their record may not be as flashy as Michigan’s, it’s not that bad against the spread. They are one game over .500 against the Wolverines 4-games over .500.

Now, what does that tell us? Not a whole lot! It’s easy to get caught up in numbers on these types of game and yes, numbers do mean something, however, motivation goes a long way. Don’t believe it, look at St. Mary’s win over Gonzaga! That team was motivated, and they showed up and shut down the highest scoring team in the nation.

There is truth in numbers and one of the important ones would be “points against”. Michigan is allowing 58.7 points to Minnesota’s 69. An 11-point differential is a big deal, even in what has now become a rivalry, 11 points is a big deal and could very well be a factor in today’s matchup.

The offense is nose-to-nose with 71.5 points per game for the Gophers, and 70.5 for the Wolverines. The entire remaining stat line is the same, nose-to-nose. This game can be close if Minnesota finds some offense. The Gophers exposed the Wolverines in the last outing and beat them at their own defensive game.

No matter how this game is sliced and diced, 9.5 points is too many. The Gophers are motivated, granted; so are the Wolverines and that motivation probably get’s them the win, just not by 8.5. Minnesota can keep this game close and could score the upset.