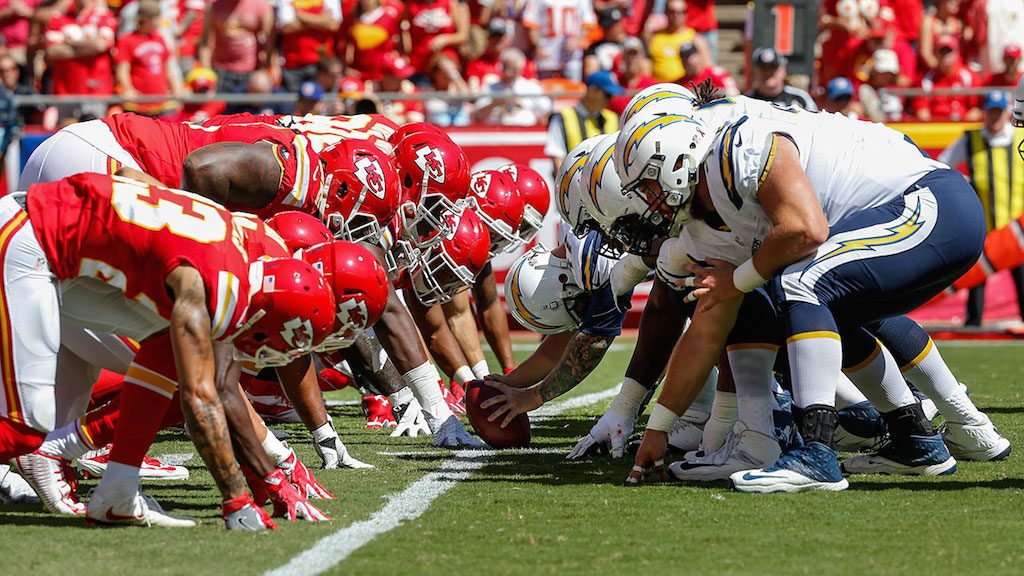 The last full sports betting weekend in the month of September at BetAnySports gets underway early with Game 1 of a huge NL Central four-game showdown between the Chicago Cubs and the Milwaukee Brewers on Thursday night at 8:10 p.m. (ET) in a series that will have a major impact on that division title race. Game 2 on Friday night in a scheduled 7:30 p.m. start at Miller Park will be the featured MLB game on ESPN and Sunday afternoon’s series finale at 2:10 p.m. will be broadcast nationally on TBS.

Week 4 of the college football season starts things up on Friday night with a Pac-12 battle between the No. 23 Utah Utes and the Arizona Wildcats in a 10:30 p.m. kickoff at Arizona Stadium. The game will be carried nationally on FOX Sports 1 and Utah has been listed as a 3.5-point road favorite. BetAnySports has set the total at 57.

Saturday’s college football betting action features a pair of head-to-head matchups between nationally ranked teams starting with a Big 12 battle between No. 16 TCU and the No. 6 Oklahoma State Cowboys in a 3:30 p.m. start on ESPN from Boone Pickens Stadium. The Cowboys are listed as 12-point home favorites with the total set at 71.5 points. In a 7 p.m. kickoff on ESPN from Sanford Stadium, the No. 11 Georgia Bulldogs will play host to the No. 17 Mississippi State Bulldogs as six-point favorites in this SEC clash. BetAnySports’ total line for this contest has been set at 48.5.

Turning to this Sunday afternoon’s early games in the NFL, one of the more interesting division showdowns is in the NFC East with the New York Giants going on the road in search of their first win of the season as six-point underdogs against the rival Philadelphia Eagles. The total line for this 1 p.m. start on FOX has been set at 43. The Eagles hold a 5-1 edge both straight-up and against the spread in the last six games of this series.

The undefeated Kansas City Chiefs highlight Sunday’s late games in their AFC West tilt against the Los Angeles Chargers. The Chiefs head into the StubHub Center as three-point favorites with the total set at 47.5 points. Game time is set for 4:25 p.m. on CBS and Kansas City comes in with a SU five-game winning streak against its division foes.

Sunday night’s matchup in an 8:30 p.m. start on NBC is an inter-conference clash between the Oakland Raiders and the Washington Redskins. BetAnySports has the Raiders set as three-point road favorites and the betting line for the total is 55 points.