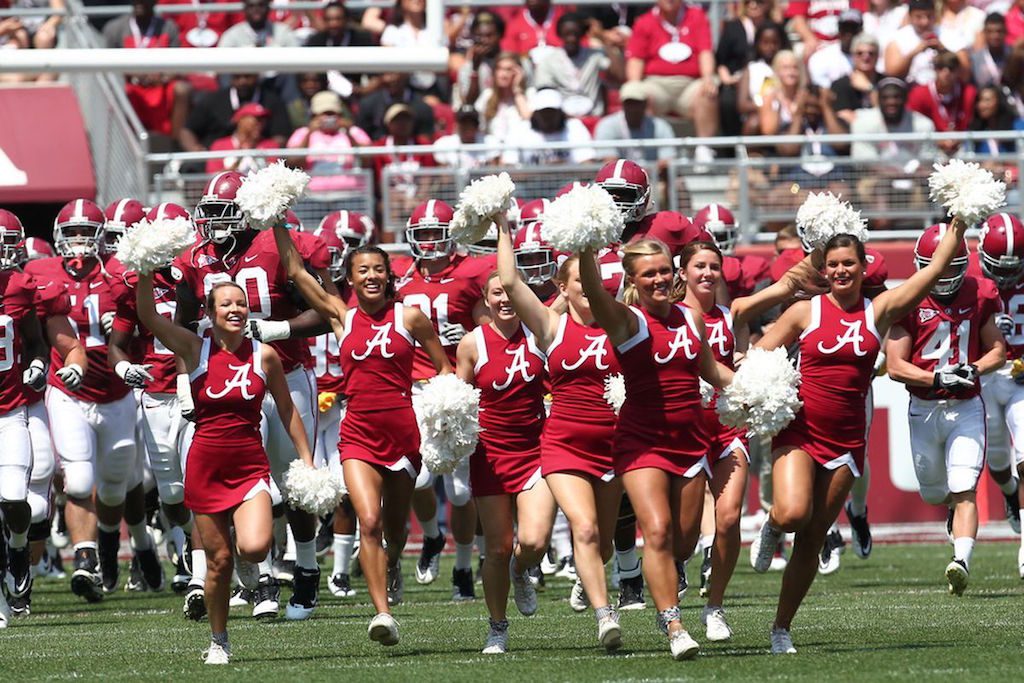 College football staged a soft opening to the 2017 season with a handful of games last Saturday and starting this Thursday night there is a full blown slate of betting action on the board at BetAnySports over the entire Labor Day weekend. Just about every team in the nation will take to the field in what should be a great start to another exciting season of football at the college level.

There are a number of great matchups on the Week 1 slate, but the game at the top list is Saturday’s showdown between the No. 3 Florida State Seminoles and the No. 1 Alabama Crimson Tide in a scheduled 8 p.m. (ET) start at Mercedes-Benz Stadium in Atlanta. BetAnySports has the Tide set as a seven-point favorite and the betting line for the total has been set at 49 points.

The game will be broadcast nationally on ABC and the ACC’s Seminoles come into this matchup with a 7-3 record against the spread in their last 10 games against a team from the SEC. Alabama posted a 7-3 record ATS in its last 10 games overall. The last time these two national powers clashed was back in 2007 with Florida State coming away with a 21-14 victory.

On the undercard of this heavyweight bout is another big showdown between nationally ranked teams in a 3:30 p.m. start on ABC. The No. 11 Michigan Wolverines will open their season as five-point favorites against the No. 11 Florida Gators at AT&T Stadium in Dallas and the total line at BetAnySports for this Big Ten/SEC clash currently sits at 43.5 points.

The NFL will closeout its preseason schedule on Thursday night in advance of the start of its regular season next weekend and BetAnySports has posted a full set of betting odds for all of these final exhibition games.

Division title races in the AL East and NL Central highlight the MLB betting action on the board this weekend while in tennis the US Open continues as the final Grand Slam event of the year. NASCAR returns to the track on Sunday night at Darlington Raceway with the running of the Bojangles Southern 500.