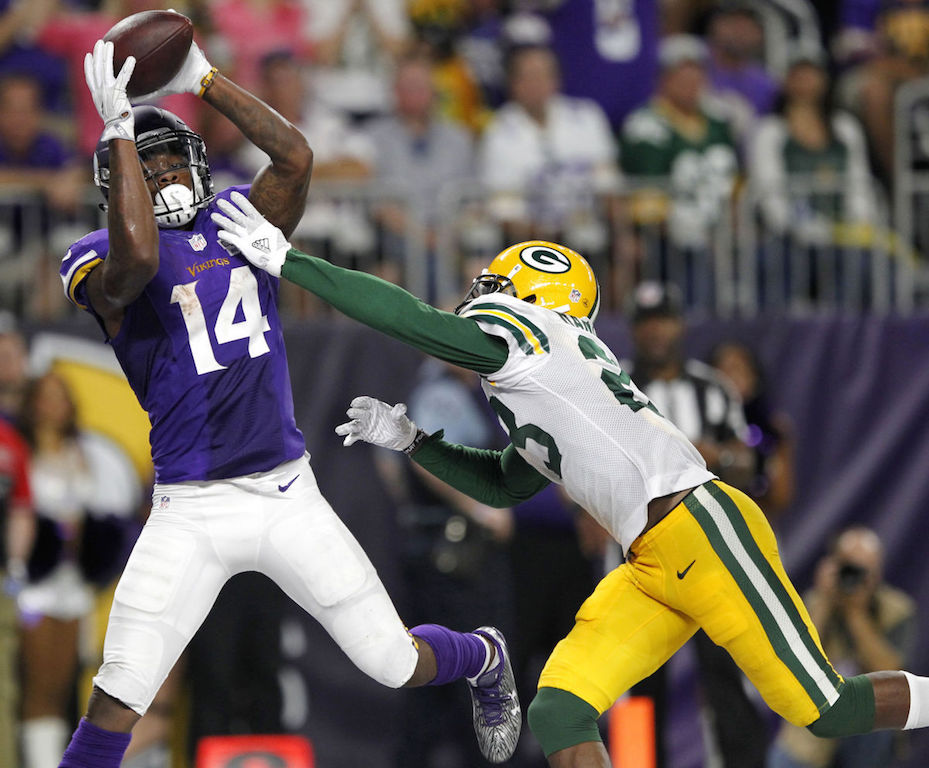 It is a big weekend of sports betting at BetAnySports with odds posted for baseball, football, basketball and hockey on the big board. The MLB postseason moves to the best-of-seven American and National League Championship Series while the college football season heads toward the mid-point of its schedule with a number of big showdowns in the Power 5 conferences.

Week 6 in the NFL gets underway on Thursday night with a battle of 4-1 teams in the NFC. The Philadelphia Eagles pay a visit to Bank of America Stadium as 3.5-point road underdogs to take on the Carolina Panthers in an 8:25 p.m. start on CBS. BetAnySports has set the total for this game at 45 points.

One of the biggest matchups on Sunday’s NFL slate is a NFC North clash between the 4-1 Green Bay Packers and the 3-2 Minnesota Vikings in a 1 p.m. start on FOX. Green Bay heads into US Bank Stadium as a three-point favorite with the total set at 46.5 points. It holds a straight-up 5-2 edge in its last seven road games against its bitter division rivals.

Click here for the latest NFL scores and betting odds.

The top matchup in the AFC pits the 3-2 Pittsburgh Steelers against the 5-0 Kansas City Chiefs as five-point road underdogs at Arrowhead Stadium in a 4:25 p.m. kickoff on CBS. BetAnySports has set the total line for this game at 45.5 points.

Turning to college football’s betting board this weekend, No. 2 Clemson will take on Syracuse on Friday night as a 22.5-point road favorite in a 7 p.m. kickoff on ESPN in this ACC Atlantic Division tilt. No. 1 Alabama will play host to Arkansas in a West Division matchup in the SEC as 28-point favorites in a 7:15 p.m. start this Saturday night on ESPN. No. 3 Penn State is idle and No. 4 Georgia has been set as a 30-point home favorite against Missouri. This SEC East matchup is slated to get underway at 7:30 p.m. this Saturday night on the SEC Network.

The Houston Astros in the American League and the Los Angeles Dodgers in National League already punched their ticket to the next round of the playoffs with relative easy victories in the best-of-five division series. The New York Yankees stunned the top-seeded Cleveland Indians with a 5-2 victory on Wednesday to advance to ALCS against the Astros while the Chicago Cubs and the Washington Nationals will battle it out on Thursday in a deciding Game 5 for the right to take on the Dodgers in the NLCS.