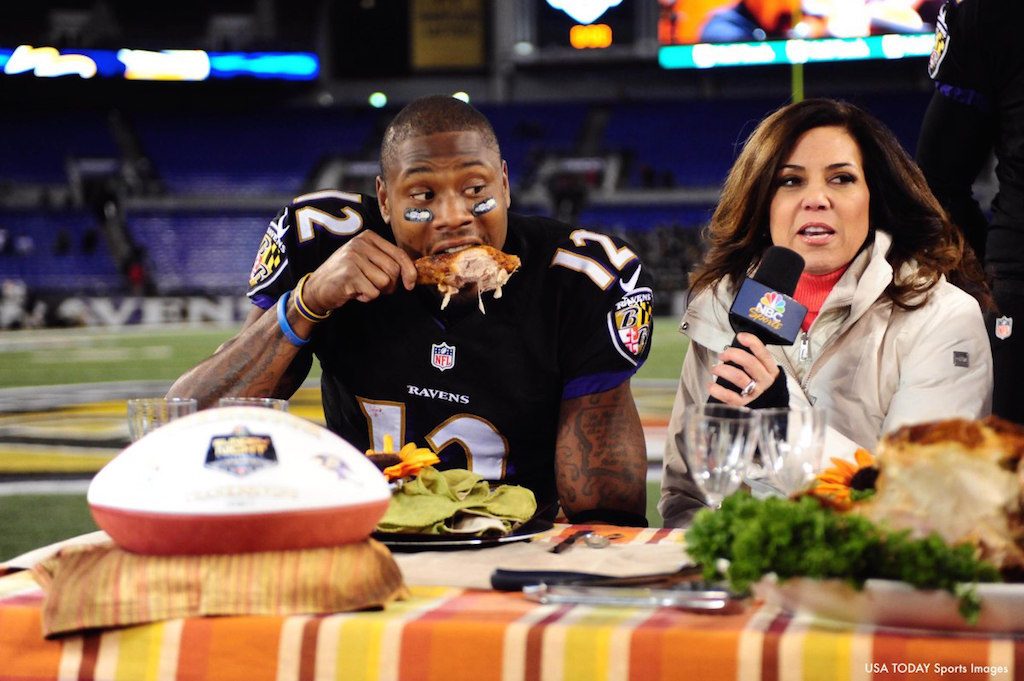 The Thanksgiving Holiday ushers in one of the best sports betting weekends of the year. Be sure to check the ever changing board at BetAnySports all weekend long for all the betting lines and odds as the top online sportsbook for US players.

The NFL kicks things off with a trio of games on Thursday including a classic NFC North battle between the 8-2 Minnesota Vikings and the 6-4 Detroit Lions in a 12:30 p.m. start on FOX. Minnesota is favored by three points on the road with the total set at 44.5.

Later in the day in a 4:30 p.m. kickoff on CBS, 5-5 Dallas will host the 4-6 Los Angeles Chargers as a one-point underdogs with a total line of 47.5 points. This will be followed by Thursday night’s NFC East clash between the 2-8 New York Giants and the 4-6 Washington Redskins. Game time on NBC is set for 8:30 p.m. and the Redskins are listed as 7.5-point home favorites with the total set at 44.5 points.

This is the final week of the regular season in college football in advance of next weekend’s conference championships and the schedule is loaded with time-honored rivalries starting with Friday’s full day of matchups that include Virginia Tech at Virginia in the ACC, Texas Tech at Texas in the Big 12 and California on the road against UCLA in the Pac-12.

Saturday’s slate is highlighted by the annual renewal of the Iron Bowl in the SEC between Alabama and Auburn. The No. 1 Crimson Tide will go on the road this year to face the No. 6 Tigers as 4.5-point favorites in a 3:30 p.m. start on CBS. Earlier in the day, No. 7 Georgia is on the road against Georgia Tech and No. 9 Ohio State heads to Michigan to face the Wolverines. In a 7:30 p.m. start on ESPN, the ACC’s No. 3 Clemson Tigers will renew their ongoing in-state rivalry against the No. 24 South Carolina Gamecocks out of the SEC as 14-point road favorites.

Going back to the NFL for Sunday’s top betting action, the game of the day could be a NFC showdown between the 8-2 New Orleans Saints and the 7-3 Los Angeles Rams in a 4:25 p.m. kickoff on FOX. The Rams are listed as 2.5-point home favorites with the total set at 53.5.

When you sprinkle in betting action in the NBA, NHL and college basketball along with a host of other sporting events over the next four days, there is a bit of something for everyone at BetAnySports.