With just about every major sport on the board at BetAnySports this weekend, there is something for every US sports bettor when it comes placing some timely wagers over three exciting days of non-stop action.

College basketball is back on the board and there is a full schedule of games to choose from this weekend featuring most of the top teams in the nation. You also have a number of great NBA matchups to choose from starting early with a huge West Coast/East Coast showdown between the Golden State Warriors and the Boston Celtics as part of Thursday’s doubleheader on TNT starting at 8 p.m. (ET). Oklahoma City at San Antonio highlight’s Friday night’s NBA betting action in an 8 p.m. start on ESPN.

Moving to this Saturday’s college football schedule following a huge shakeup with the College Football Playoff rankings coming off last week’s results, the game at the top of this list is a big showdown in the Big Ten between No. 24 Michigan and No. 5 Wisconsin. The Badgers are looking to remain perfect on the year while keeping their playoff hopes alive as 7.5-point home favorites with BetAnySports for this 12 p.m. kickoff on FOX.

Sunday is the biggest betting day of them all with a full slate of NFL week 11 games complementing the Division Finals in the CFL and NASCAR’s Cup Series Championship at Homestead-Miami Speedway in a 3 p.m. start on NBC. Martin Truex Jr, has been listed as a +175 favorite to win his first career Cup Series racing title followed by former champions Kyle Busch at +200, Kevin Harvick at +250 and Brad Keselowski at +400.

Two of the biggest NFL games this Sunday start with the 7-2 Los Angeles Rams going on the road as 2.5-point underdogs against the 7-2 Minnesota Vikings in a 1 p.m. kickoff on FOX. The betting line for the total in this NFL NFC tilt has been set at 46 points.

Sunday Night Football in an 8:30 p.m. start on NBC from AT&T Stadium features a huge showdown in the NFC East between the 8-1 Philadelphia Eagles and the 5-4 Dallas Cowboys. The Eagles come in as three-point road favorites with the total set at 48 points. The road team in this bitter division rivalry has covered against the spread in eight of the last 11 meetings.

Be sure to check BetAnySports early and often this weekend for all the betting lines for this weekend’s games as the best online betting sportsbook for US players. 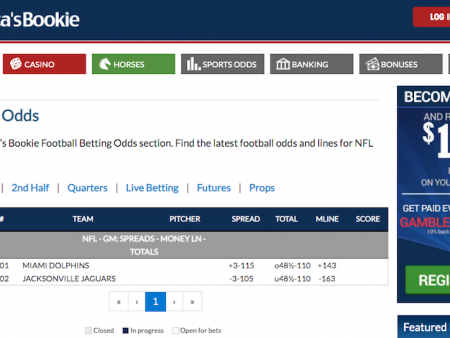 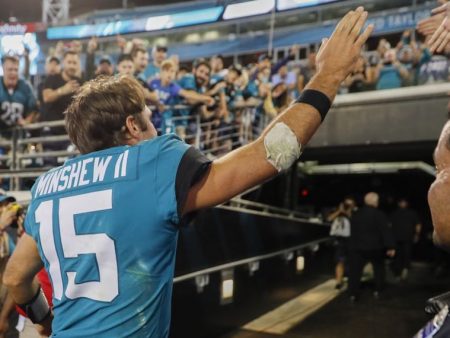