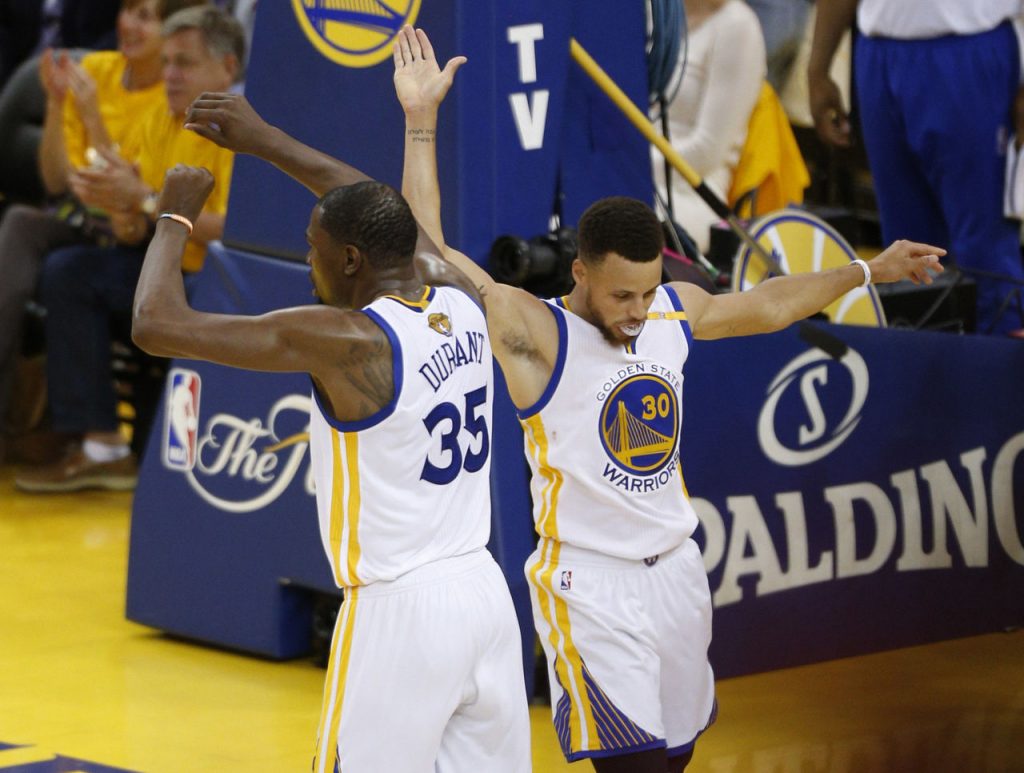 The big question for sports bettors this weekend at BetAnySports is can the Golden State Warriors complete their epic run to the 2017 NBA Championship with a perfect 16-0 record straight-up after taking a commanding 3-0 series lead against the Cleveland Cavaliers.

Golden State extended its lead in this best-of-seven showdown to three games with Wednesday’s thrilling 118-113 come-from-behind victory as a 3.5-point road favorite. Not only have the Warriors won 15 playoff games in a row, they have been lining the pockets of bettors since Game 3 of the Utah series in the Western Conference Semifinals with a profitable 8-1 record against the spread in their last nine games. The total went OVER BetAnySports’ closing 227-point line in Wednesday night’s win and it has now gone OVER in seven of their last eight contests.

The early spread at BetAnySports for Friday’s Game 4 has Golden State favored by 6.5 points and the betting line for the total has been set at 228.5 points. Tip-off from Quicken Loans Arena is set for 9 p.m. (ET) and the game will be broadcast nationally on ABC.

Over in the NHL’s Stanley Cup Final, the big question heading Thursday’s Game 5 between the Nashville Predators and the Pittsburgh Penguins is will home ice prevail after each team successfully defended it through the first four games to turn the race to this year’s title into a best-of-three affair. The series resumes on Thursday night in Pittsburgh with the Penguins listed as -155 favorites and for the fifth-straight time the total has been set at 5.5 goals. Game time from PPG Paints Arena is set for 8 p.m. on NBC. Game 6 in Nashville is set for Sunday night on NBC in another 8 p.m. start.

The final leg of this year’s Triple Crown racing series for three-year old thoroughbreds highlights the betting action on Saturday with a field of 12 set to compete in the 149th Belmont Stakes at Belmont Park. Irish War Cry has been listed as a 7/2 favorite on the morning line after finishing 10th in the Kentucky Derby.

This weekend’s board at BetAnySports also offers up betting action for tennis in the final two rounds of the French Open while the PGA Tour is in Memphis for the FedEx St. Classic. UFC Fight Night 110 offers up some action in MMA on Saturday night and NASCAR heads to Pocono Raceway this Sunday for the running of the Pocono 400.