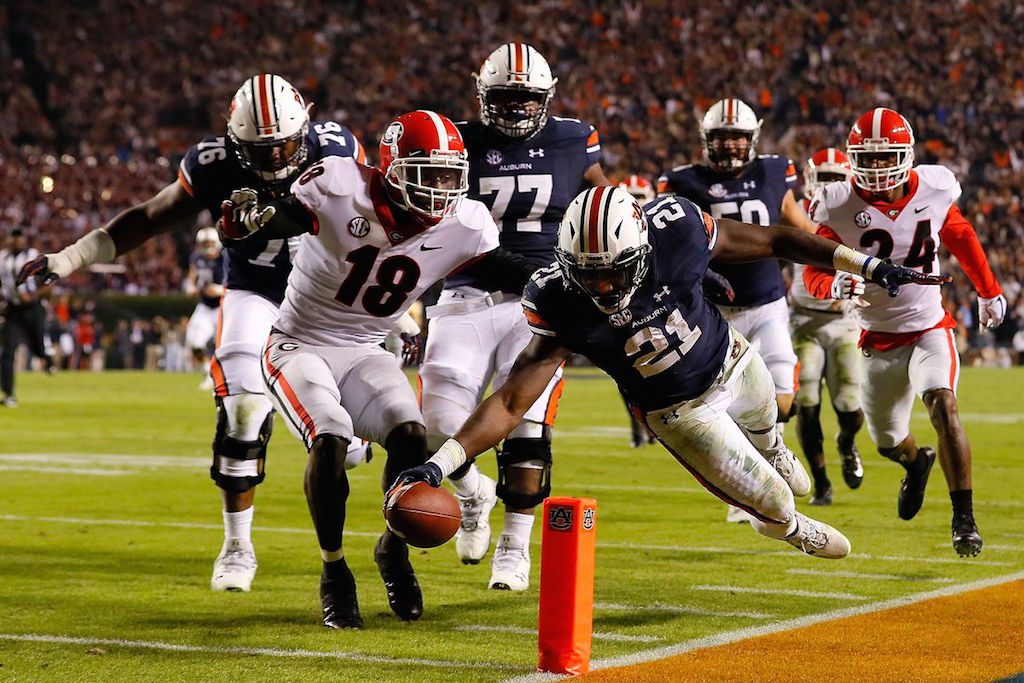 The month of December ushers in championship weekend in college football with a number of conference title games on the betting board at BetAnySports. This is the final round of matchups before the start of this year’s bowl season leading up to the College Football Playoff and National Championship Game in early January.

The lone game on Friday night is the Pac-12 Championship between No. 12 Stanford and No. 10 USC in an 8 p.m. (ET) start on ESPN from Levi Stadium in Santa Clara. The Trojans have gone just 4-8 against the spread this season and they are listed as four-point favorites for this rematch after beating Stanford early in the season. The total for this game has been set at 58.5 points.

Saturday’s first title game in a major conference at 12:30 p.m. on FOX pits No. 11 TCU in a rematch against the No. 3 Oklahoma Sooners as seven-point underdogs in the Big 12 with the total set at 63.5. The Sooners won the first matchup 38-20 on Nov. 11 as six-point favorites at home with the total staying UNDER 63.5 points.

In a 4 p.m. start on CBS, No. 6 Georgia and No. 2 Auburn will play for the second time this season in the SEC Championship at Mercedes-Benz Stadium. Auburn is set as a two-point favorite after beating the Bulldogs 40-17 on Nov. 11 as a 2.5-point home underdog at BetAnySports. The total for Saturday’s rematch is set at 48.

The Big Ten Championship is set for 8 p.m. on FOX between No. 8 Ohio State and the No. 4 Wisconsin Badgers, who remain the only undefeated team at 12-0 from a major conference. The Buckeyes are favored by 6.5 points at Lucas Oil Stadium with the total line set at 51.5 points.

Also at 8 p.m. on ABC is the ACC title game between the No.7 Miami Hurricanes and the defending national champion Clemson Tigers, who are currently ranked No. 1 in the nation. BetAnySports has listed the Tigers as 9.5-point favorites and the total has been set at 51.5 points.

There is a full weekend of sports betting action for US players at BetAnySports with posted betting lines for the NBA and NHL schedule of games along with three full days of college basketball. The NFL heads into Week 13 of its regular season with a full set of 14 games on Sunday’s slate.