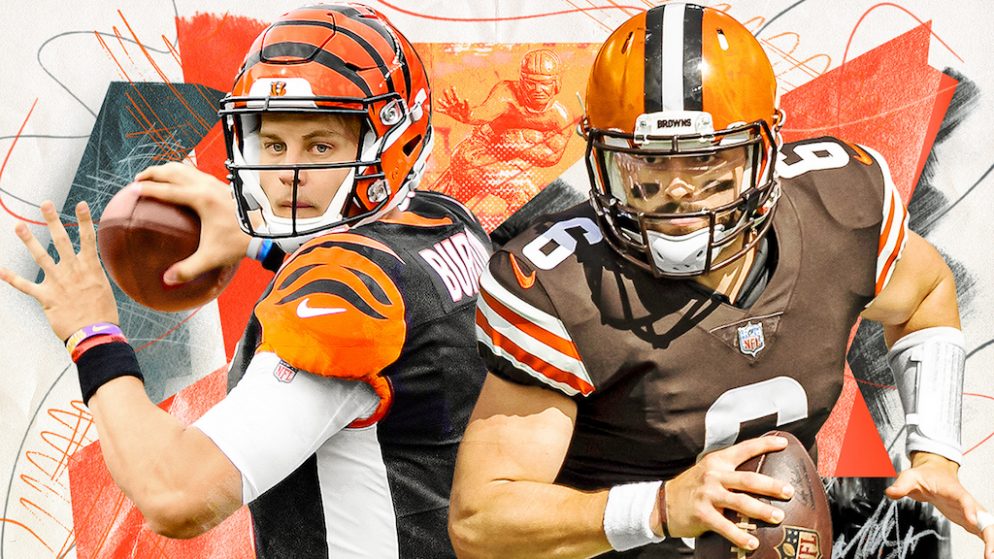 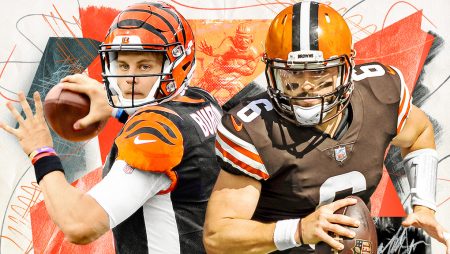 It’s the battle for Ohio for today’s Bengals Browns free pick as Cincinnati travels to Cleveland for this week’s Thursday night NFL game. Someone in the NFL front office must have been sucking on that Cleveland-hype peace pipe when the league scheduled this one.

The Browns looked like…well…the Browns in their Week 1 debacle also known as a 38-6 spanking by Baltimore. The Bengals and rookie QB Joe Burrow weren’t much better but stayed in their game because they were playing a Chargers offense led by journeyman QB Tyrod Taylor.

Still, it’s football and it’s another opportunity for bettors to win.

The whole “rookie quarterback in his first road start” makes Coach Rick nervous when choosing a side. Can Burrow show enough flashes of brilliance to help Cincinnati cover the six-point NFL point spread?

Burrow showed some promise with his 23-yard touchdown run last week to give the Bengals a 7-0 lead over the Chargers. But, he’s still a rookie who threw a pick and got sacked three times.

Then, you flip it to the other side…Cleveland and Baker Mayfield.

The former Heisman Trophy winner went 21-of-39 for 189 yards against Baltimore last week. He threw one touchdown and one interception.

The big thing with Mayfield is that he led an offense that produced just six points. The Browns running game with Nick Chubb and Kareem Hunt combined for 132 yards, but overall Cleveland was pathetic leading Coach Rick to shy away from the Browns covering on Thursday night.

That leaves the Total.

The betting trend, of course, is to back the Under on Thursday night games for tonight’s Bengals Browns Free Pick.

The Browns-Bengals Total opened as high as 46 but was immediately bet down to its current 43.5. There’s a reason the Total opened at 46.

Not surprisingly, the Total has gone Over in four of the last five Browns-Bengals games. The last three games all had a closing Total in the 43 to 44 range.

Mayfield has something to prove and he’s playing in his home. Just watch the commercials! Seriously though, he knows he can play better and he sees this as a winnable game.

The Browns will work Chubb and Hunt more to open up the passing game.

On the other end, the Bengals have had recent success against their in-state rival. They have won seven of the last ten games. Burrow and company will also see this as a winnable game and will play accordingly.

The end result is to go against the consensus and take the Over on Thursday night.