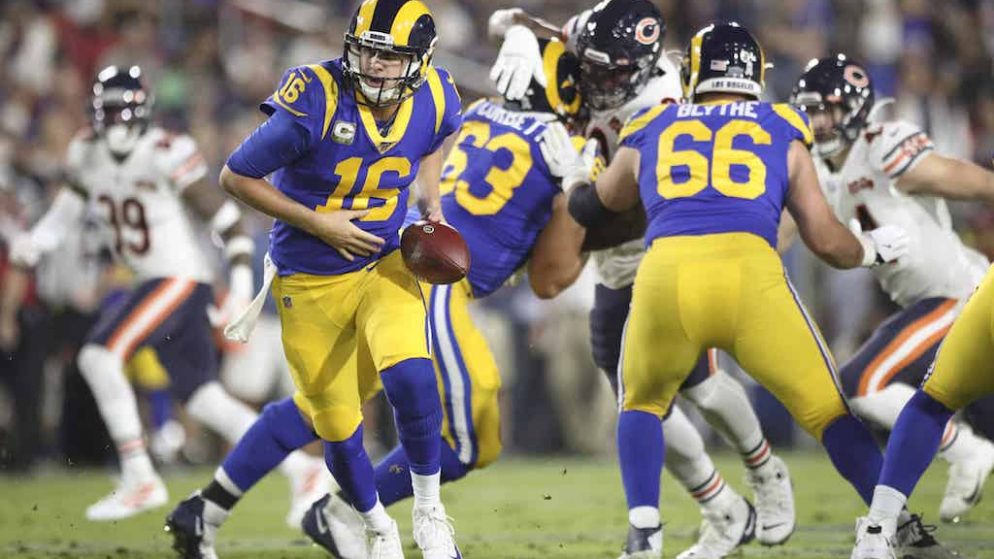 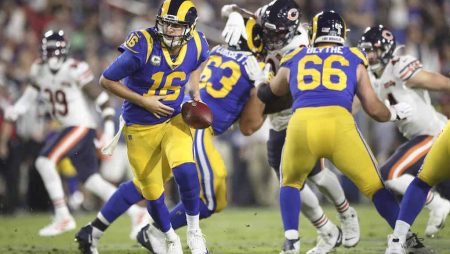 The Bears and Rams have met in each of the last two seasons and have split both games. They meet for a third consecutive time in Los Angeles on Monday night and check out my Bears Rams free pick.

Fans should expect a low-scoring game as both defenses are very good. The Bears offense is no juggernaut and the Rams struggled to put up 16 points in a loss to San Francisco last week.

Everything points to the Under, but Coach Rick is not so sure. The current NFL betting lines show the Rams a 6-point home favorite.

The total has gone Under in four of Chicago’s last five games. The Under has also hit in each of the last seven games the Bears have played against an NFC opponent.

Looking at the Rams, the Under has cashed in four of their last six games. The total has also gone Under in five of the Rams last seven games with the Bears.

Chicago and L.A. played in 2018 when the Rams were averaging 34.9 points per game. The Bears slowed them down and won 15-6 at home at Soldier Field.

Last year, the game was played in Los Angeles and the Rams managed a few more points and won 17-7. The defensive coordinator for the Bears was Chuck Pagano, the former Colts head coach. Pagano is still the Bears DC and his unit is one of the best in the NFL.

Chicago is eighth in total defense allowing opponents 337 yards per game. NFL bettors know the Bears are fifth in scoring defense giving up 19.3 points per game.

Also in those scoring defense rankings are the Los Angeles Rams who are currently third allowing just 19.0 points per game. The Rams are also currently fifth in sacks with 20. Former NFL Defensive Player of the Year Aaron Donald is second in the NFL with 7.5.

Then, there is the Bears offense. When QB Mitchell Trubisky struggled early in the season, the Bears made the move to Nick Foles. While Foles is 2-1 as a starter, anyone thinking he is outperforming Trubisky might want to take a closer look.

Foles guides an offense that averages 21 points a game, ranks 28th in rushing offense, and is extremely one-dimensional in the passing game. WR Allen Robinson has 40 receptions for 474 yards and two touchdowns. Robinson has been targeted more than any other receiver in the NFL.

So what does all this tell us for today’s Bears Rams free pick? Some say the Bears are lucky to be 5-1. Coach Rick says they just do whatever it takes to win. Their defense keeps games close and gives the Bears a chance to win.