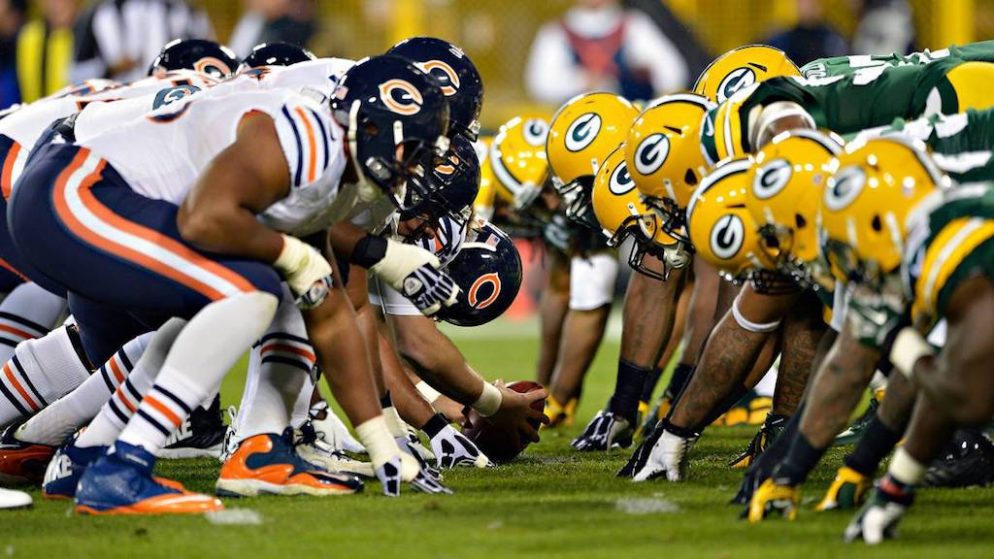 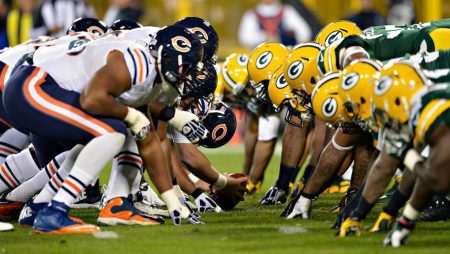 The Green Bay Packers host the Chicago Bears tonight on primetime. Get ready for my Bears Packers free pick.

Green Bay come into the game as big favorites. The Packers lead the NFC North, but the Bears have a chance to make the division race closer with an upset victory.

MUST READ > LEARNING ABOUT SPORTSBOOK CONTESTS AND BONUSES

However, the Bears come into this game on a four-game losing streak. Can you believe this team was 5-1 to start the season? They now look like a team that won’t make the NFL playoffs.

These two NFC North rivals are very familiar with each other.

The Packers have won seven of the last eight head-to-head (H2H) meetings. During that span, GB are 4-0 (3-1 ATS) at Lambeau against the Bears and that trend is likely to continue tonight.

Covering an 8-point spread won’t be easy, though. Chicago still have one of the best defenses in the NFL. They’re only allowing 20.9 PPG (6th). The Packers are allowing 25.8 PPG (17th).

Green Bay have been one of the highest-scoring teams this season. They’re scoring 30.8 PPG (3rd) and the Bears are only scoring 19.1 PPG (31st), which isn’t going to get it done.

In both match-ups last season, the Bears kept things relatively close and is the direction I’m looking for my Bears Packers Free Pick. The Packers won 21-13 at home and 10-3 in Chicago. If the Bears can hold the Packers to 21 or fewer points, it’ll be tough to cover. Check out all the current NFL odds.

Mitchell Trubisky is back in the starting line-up this week. Nick Foles wasn’t getting it done.

Trubisky might actually give the offense a little boost, as this is likely his last opportunity to earn a starting QB job for the future. He also has nothing to lose at this point.

Chicago will know how important this game is for their season. They could still win the NFC North and a win here would go a long way to putting them in an opportune position.

The Packers will win this game, but the Bears will cover the point spread.