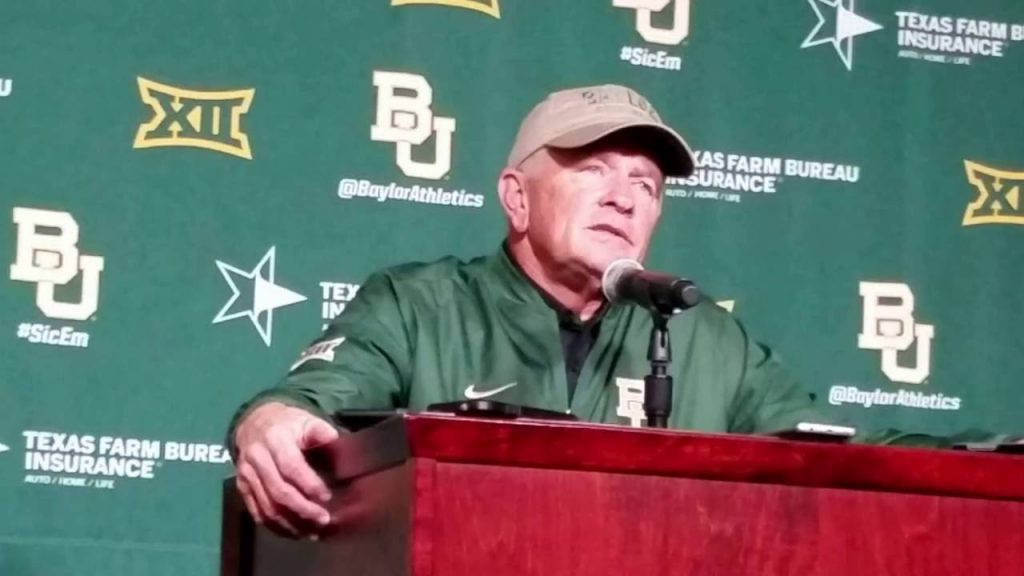 The Baylor Bears are literally a troubled football program, and that is vastly understating the case. There are still facts about the sexual assault scandal surrounding the team that are dribbling out. And the head coach who built them into a national power is goine. Actually, things were working out on the field for a while, but then they took a turn for the worse, so as a result, the Bears are taking a six-game losing streak into their Cactus Bowl date with the Boise State Broncos, which is slated to begin at 10:15 PM ET on Tuesday night. It is taking place at Chase Field in Phoenix, and America’s Bookie customers will have a chance to place wagers will the game is in progress as they can access either of two different “Live Betting” options in the sportsbook interface.

Baylor has obviously been under fire for some time, since reports surfaced about football players assaulting women on campus. The stories are too detailed to go into, but suffice it to say that the Big 12 had the release new recruits to sign with other schools if they so wished, and that coach Art Briles was fired. Also, Ken Starr, the former special prosecutor in the Bill Clinton case, who was the University president, resigned, as did athletic director Ian McCaw. There are developments coming in all the time, including a libel and slander suit filed by Briles because officials from the University implied that he covered up at least one of the incidents of sexual assault.

Jim Grobe, the former Wake Forest coach, was brought in on an interim basis, more like a placeholder than anything else, and he got the team to six straight victories to open the campaign. Then things started to crumble. They lost a one-point decision to Texas and were embarrassed in consecutive weeks by TCU, Oklahoma and Kansas State. In the process, they lost quarterback Seth Russell for the season with an ankle injury. So Zach Smith, a 56% passer, took over the quarterback position. They have great athletes in the backfield, with a committee of three running backs who all averaged at least five yards per attempt, and Baylor remains deep at the wide receiver position as well.

But they have not defended well down the stretch, and have made a lot of mistakes, carrying a minus-13 turnover margin in their final five games, over which time they have allowed an average of 45.4 points. Grobe and his staff are still in place, but Matt Rhule, coming over from Temple, will be taking over the program immediately afterward.

In the college bowl betting odds posted on this game, Boise State is favored by a touchdown:

Boise State is a sea of tranquility, by comparison. Bryan Harsin, who has a 31-8 straight-up record there, drove his team to a 10-2 regular-season, and Brett Rypien has been steady, and at some time at times spectacular, at the quarterback position. He has thrown for 23 touchdowns and 3341 yards, and both Thomas Sperbeck and Cedric Wilson had over 1000 yards in receptions, not to mention combining for 19 touchdown catches.

Perhaps the guy that is the most worrisome for Baylor is running back Jeremy McNichols, who put up some of the best numbers in the country for a running back, with 1663 yards, 5.6 yards per carry and 23 touchdowns. Remember that Baylor allowed more than 200 rushing yards eight different times on the season, and TCU literally ran over them, with 431 yards on the ground and 62 points.

While we are not sure things are all that well-organized on the Baylor side, we have no doubts about Boise State’s level of motivation. Last season they literally tore up Northern Illinois in the Poinsettia Bowl, winning 55-7, and style-wise they don’t match up too badly. The Broncos are 28th in the country in passing efficiency defense, with only Washington State reaching 300 passing yards against them (they had 480, though in a 31-28 Boise victory). Rypien was well-protected, as the offensive line gave up only 15 sacks. And it’s interesting that Boise State compiled this sterling record with a minus-7 in turnovers. They are doing a lot of good things to overcome that. Well, it’s comforting that Baylor has been even worse in the turnover area. Boise State has won five straight times over teams in the Power 5 conferences, so they certainly get a rise out of beating the big boys.

With all of that, we will lay the points with Boise State, a more proven commodity, as the Charles Jay/America’s Bookie Challenge continues on Tuesday night in Phoenix.