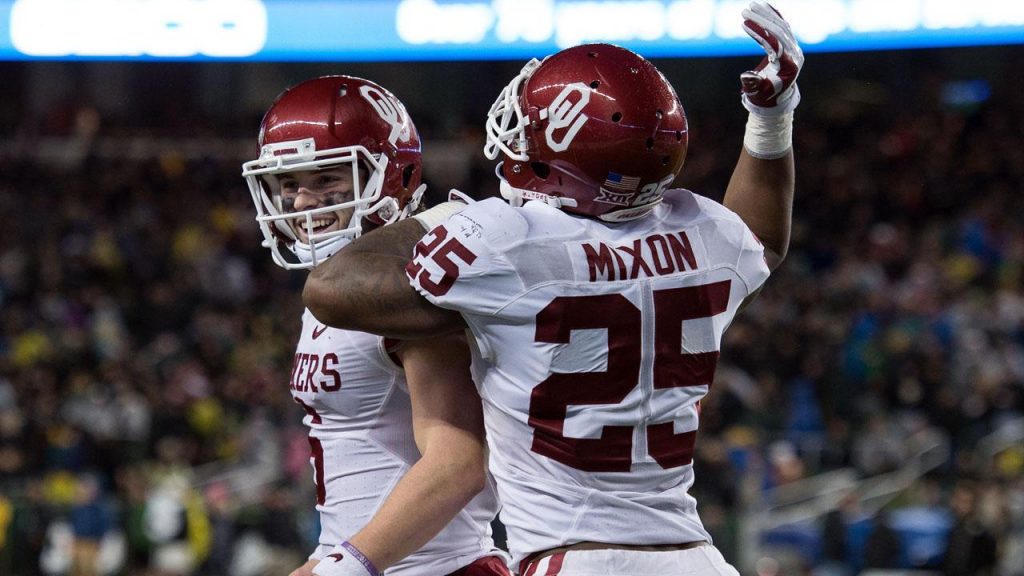 There would seem to be very little way to defend the Oklahoma Sooners, who come after opponents with a multitude of weapons. But you know, the Auburn Tigers ranked fifth in the nation in scoring defense this season, and played in perhaps the toughest conference in the country. These teams are going to get together in the Sugar Bowl, which begins at 8:30 PM ET at the Superdome in New Orleans, and if you are an America’s Bookie customer, you will have the opportunity to place wagers on this game even after it has begun, with two different “Live Betting” options available for you.

Oklahoma suffered a couple of losses early, to Houston and Ohio State, and both of those came by double digits. So they had a lot of ground to make up to get to where they were last season, when they made it to the four-team college football playoff. Realistically, their chances to do that probably went by the wayside after the Ohio State loss, but they could still win the Big 12 conference title, and hope for a lot of things to kind of bounce their way. They won all nine of their games in the conference, and during that period of time, wide receiver Dede Westbrook became an absolute terror, averaging 23 yards a catch and scoring 16 touchdowns. That vaulted him into a position as Heisman Trophy finalist. And how many teams have a tight end who averages 15 yards a catch? Oklahoma has that, in Mark Andrews.

Auburn as an offense that is based around the run, and they have two capable backs, Kamryn Pettway and Kerryon Johnson, who combined for almost 2000 yards. Trigger man Sean White is not much of a runner, however, and, well, he doesn’t have a big arm either, with just 1644 passing yards. It is going to be a tough proposition if the War Eagle can’t really slow down what Bob Stoops’ team can do on the offensive end.

In the NCAA football odds posted on this Sugar Bowl game, Oklahoma is the slight favorite:

If you really take a look at it, even though Auburn has really strong defensive stats, ranking 16th in passing efficiency defense and 21st in rushing defense, they were exploited by the better teams on their schedule. Texas A&M gained 470 yards against them, and Alabama had 501. Ole Miss got to 570 yards against this Auburn stop unit. The Tigers drew Clemson in the opening game, and admittedly Deshaun Watson was not sharp, but Clemson came one yard away from hitting the 400-mark. Auburn, if you notice, has played both teams who will be competing in the national championship game, losing to both. But the Clemson game was a close call, while Alabama beat them 30-12 in the annual Iron Bowl.

What Oklahoma does that Auburn doesn’t is to really balance its attack. In addition to the dynamic Westbrook, this team also has perhaps as dangerous a duo of running backs as exist in the country, with Joe Mixon and Samaje Perine, who went over 2100 yards between them. Mixon is electrifying, and what he has accomplished this season, including seven yards per carry, has been tainted by his off-field trouble, including scoring a one-punch knockout of a young woman a couple of years ago, with a videotape that has just surfaced. Perine fought off injuries this season, but still scored eleven touchdowns and averaged 5.4 yards per carry.

Oklahoma was second overall in total offense, and Mayfield was tops in the nation in passing efficiency. So Auburn will have its work cut out for it against a team that does not usually put itself in bad down-and-distance situations, converting 51.6% of their third downs. Yes, the Sooners have a rather “soft” defense, which gave up 854 yards the TexasTtech in the same game it GAINED 854. But how much does Oklahoma really have to worry about White throwing the football? Sure, he’ll do some, but he only has one receiver with more than 236 yards, and no one has even had 30 receptions. And the word is that not only was the coaching staff unimpressed enough with him that they went out and recruited former Baylor quarterback Jarrett Stidham, who was able to skip out on the Bears’ program amid the scandal, and Stidham has practiced with the team, which has to be some kind of distraction.

If Oklahoma gets out to a lead, it’s going to be very difficult for Auburn to be in “catch-up” mode, and we’ll see if the Sooners overplay the run here. But this is a reasonable number, so we are laying it with the Sooners, as the Charles Jay/America’s Bookie Challenge continues.