Anthony Joshua – In Too Easy vs. Breazeale? 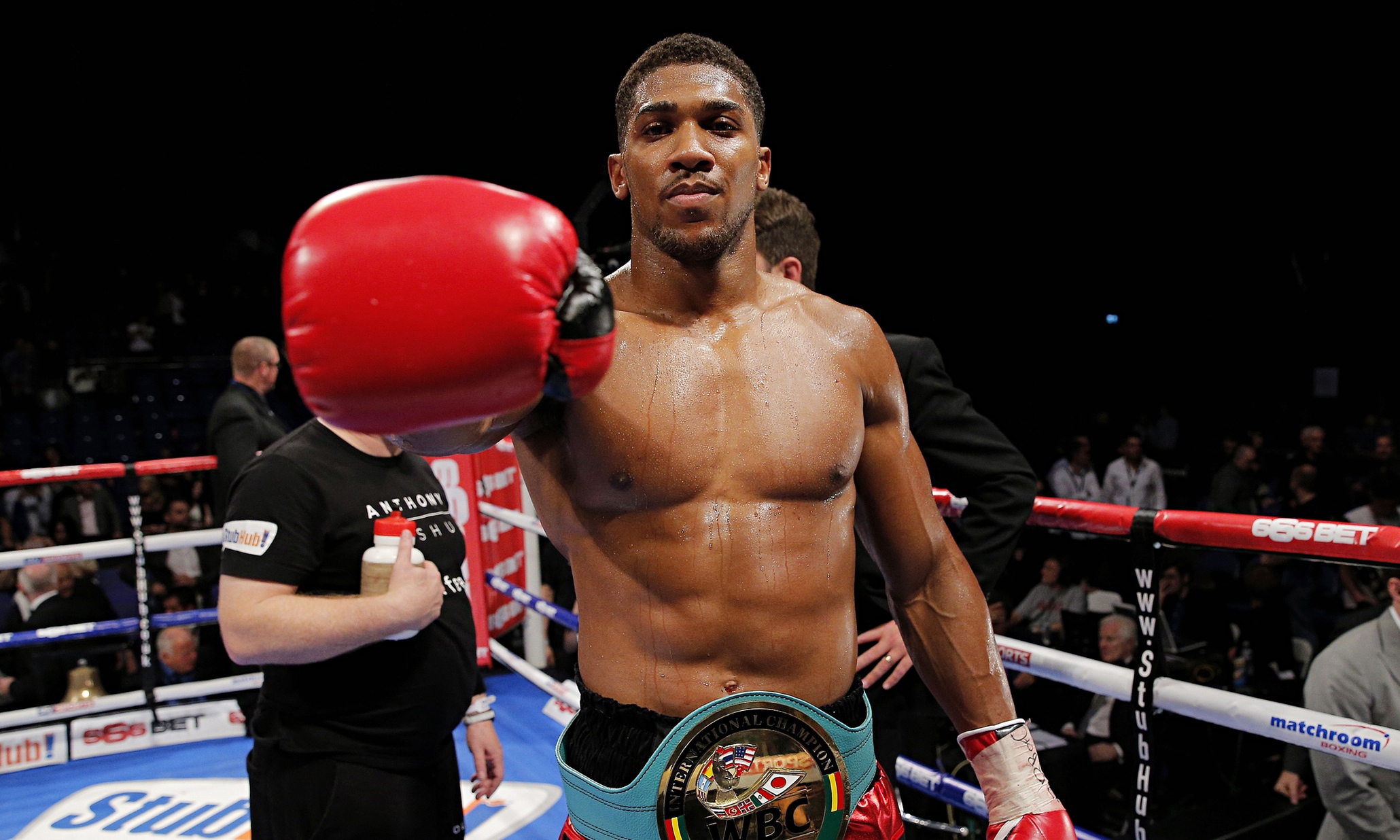 It is obvious that in a sport that could probably use a shot in the arm with Manny Pacquiao and Floyd Mayweather fading from the scene, it helps if boxing has a rather dynamic heavyweight champion. Those who are well-versed in the sport know it isn’t going to come out of next month’s fight between Tyson Fury and Wladimir Klitschko, and Deontay Wilder, who has physical tools, appears to be an unfinished product. And Luis Ortiz, an interim WBA champ, is already 37. But there is hope for some in the person of Anthony Joshua, the 2012 Olympic gold medalist who has not necessarily been extended in a real test, even after winning the IBF title from Charles Martin, who was much less like a “prince” and more like a common subject in his ignominious second-round defeat in April, but passes the “eye test” with most boxing experts, in that he has a skill set that is about as good there is in the division.

Joshua, who has emerged victories by knockout in all 16 pro fights, may have created some unrealistic expectations for himself after the win over Martin, inasmuch as he himself may be a work in progress. And that is why there has been some criticism about his choice of opponent for his first defense, as Domenic Breazeale will be visiting the O2 Arena in London on Saturday night.

This is a BIG heavyweight fight; make no mistake about that. Joshua is 6’6″, while Breazeale is an inch taller than that. But these two are perhaps symbolic of the times, in that they have found their opportunity rather early in their respective careers. When you put their records together, they have only fought a total of 91 rounds.

In the boxing betting odds posted on this fight at America’s Bookie, Joshua is a considerable favorite:

What is particularly interesting about Breazeale (17-0, 15 KO’s) is that he never even had gloves on until the age of 23, having previously played quarterback at the University of Northern Colorado. He entered the camp of TV producer Michael King, who was spending a lot of money to develop what he hoped would be a heavyweight champion. It could be considered a major accomplishment that he made it to the Olympic team.

Breazeale and Joshua were both in the super heavyweight division in the London Olympics in 2012; while Joshua won the gold, Breazeale never got past the first round, dropping a decision to Russia’s Magomed Omarov. As a pro, he’s fought a few guys who could be considered marginally dangerous, but his most significant win has been a fifth-round stoppage of Amir Mansour in January, for which he had to get up off the deck in the third round.

Joshua didn’t start boxing until he was 18, but he began to win amateur titles pretty quickly, and that culminated in Olympic gold, as he defeated Roberto Cammarelle, the 2008 gold medalist. As a pro, he has been brought along carefully, but has made rapid progress, scoring victories over previously undefeated Gary Cornish and Dillian Whyte in Britain. Reportedly he is going back to the Olympics this year, as pros are now allowed, although that wouldn’t necessarily be the wisest move, especially as bigger things are in the works, including a possible unification bout with Wilder next spring.

One would think that Joshua’s straight right hand would be the difference-maker here, and Breazeale has a tendency to back straight up when his opponent is advancing with some offense, but is it worth laying 30/1 with? Well, that’s a a tough thing to say about someone who has fought 34 career rounds. If you want to have some fun at +1600 with Breazeale, maybe that’s the recreational play here, with the hope that Joshua, who has gone beyond the third round only once in his professional career, could turn “mere mortal” if extended a bit.