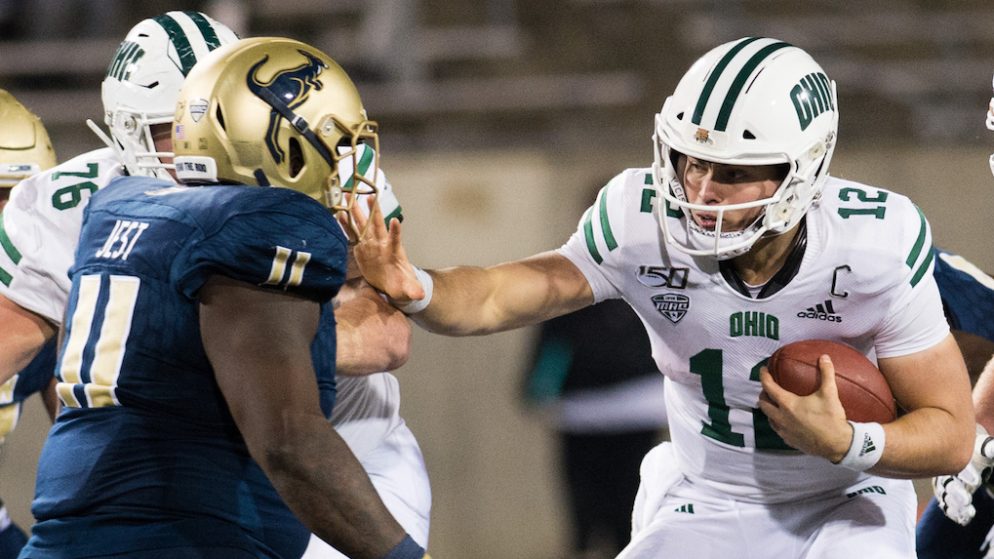 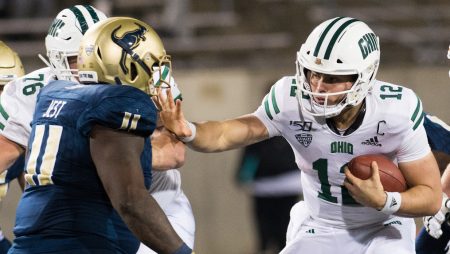 We’ve seen a lot of late line movement on the point spread with Ohio jumping to a -27.5 favorite. Can they cover the big point spread? If we have a similar result as last season, they’ll crush the Zips.

If you’re looking for more free and premium NFL picks, head on over to Action Sports Picks to get on the right side of the action.

The Bobcats gained more than 600 yards on offense in last year’s head-to-head game.

Where: Peden Stadium in Athens, Ohio

I wouldn’t recommend touching the total in this game. Akron averaged 10.5 PPG last season, which was easily the worst in the MAC and they only put up 13 points last week against WMU.

Akron lost to WMU (58-13) in a blowout and there’s little reason to think Ohio won’t do the same.

This is the perfect opponent to bounce back quickly, as Akron went winless in 2019.

De’Montre Tuggle had 16 carries for 79 yards and 1 TD last week. It wasn’t a great start to the season for him, but this week he has a chance to make up for last week’s performance.

The Zips allowed WMU to rush for 218 yards and 4 TDs last week. Tuggle is going to have a ton of running lanes tonight at home and he’s easily going to exceed 100+ rushing yards.

After losing last week, I expect the Bobcats defense to be hungry for some revenge.

The Zips offense is horrendous and the Bobcats defense is better than they played last week. In 2019, the Bobcats ranked #3 in the MAC in points allowed (27.0 PPG).

I would be surprised if Akron can score more than 10 points tonight.

Ohio is a much better team than Akron and they’ll dominate on both sides of the football.

The Bobcats are going to score points on the Zips. For tonight’s Akron Ohio free pick, it’ll come down to Ohio’s defense. If they can stop Akron like WMU was able to last week, this will be a blowout that’s over by the first half.