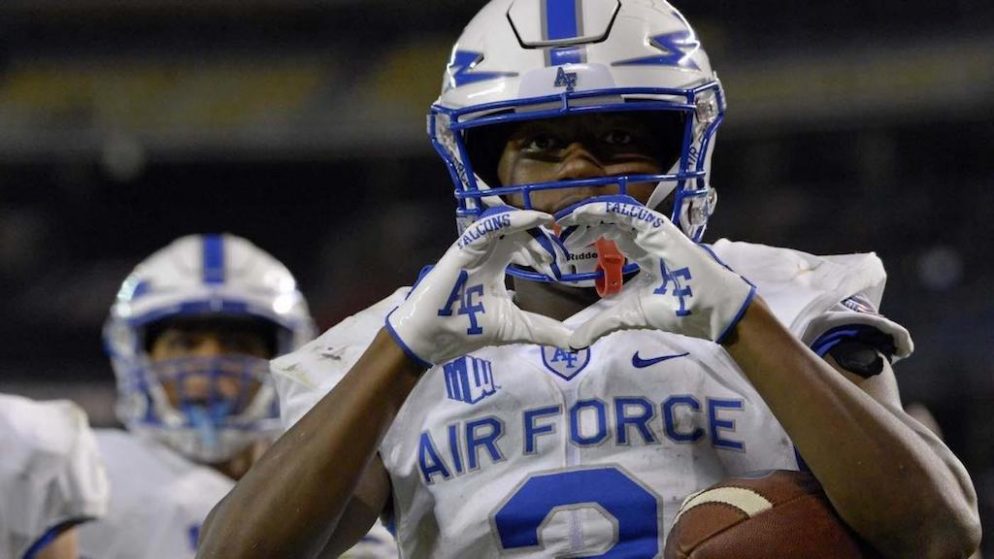 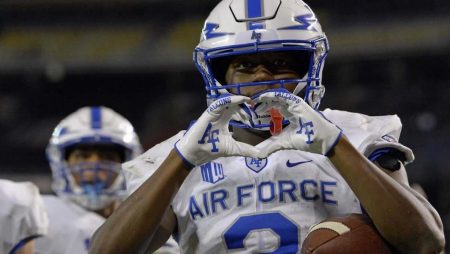 Air Force’s 2020 football season has been ravaged by the coronavirus, but I’m still coming with an Air Force Utah State pick. Due to cancellations and postponements, the Falcons have played just three games. They last played on Halloween night suffering a 49-20 loss to then No. 25 Boise State.

Utah State picked up its first win of the season just last week. Don’t let that fool you though. The victory was over 0-5 New Mexico. The Aggies are in trouble when they face the Falcons tonight. Bettors should be looking to back the Falcons run-heavy triple option offense.

Despite having played just three games, the Air Force running game has been extraordinary and should have an impact of today’s Air Force Utah State pick. The Falcons average 336.5 yards rushing per game.They are a top-10 team in a number of offensive categories including Success Rate, Rushing Success Rate, and yards per carry.

Brad Roberts is the team’s leading rusher with 280 yards. Roberts averages a ridiculous 7.4 yards per carry. In fact, the top six Falcons rushers all average over 5.0 yards per carry. The problem that Air Force has had is that they haven’t finished drives.

Did you see our 2020 Mayakoba Golf Classic picks?

After pounding Navy 40-7, the Falcons lost to likely the two best teams in the Mountain West Conference – San Jose State and Boise State. Air Force was held to six points by San Jose State. Part of the problem there was a pair of turnovers.

The Aggies offense isn’t much better averaging 17.2 points a game. Utah State was able to put up 41 last week, but remember that was against an 0-5 football team. One thing Air Force is good at defensively is not giving up big plays.

With a defense that can handle a poor offense and a triple option offense that should roll over a bad defense, backing Air Force makes sense even with a double-digit spread. The Falcons have covered the last four of five against Utah State and the Aggies are just 1-5 ATS in their last six games.