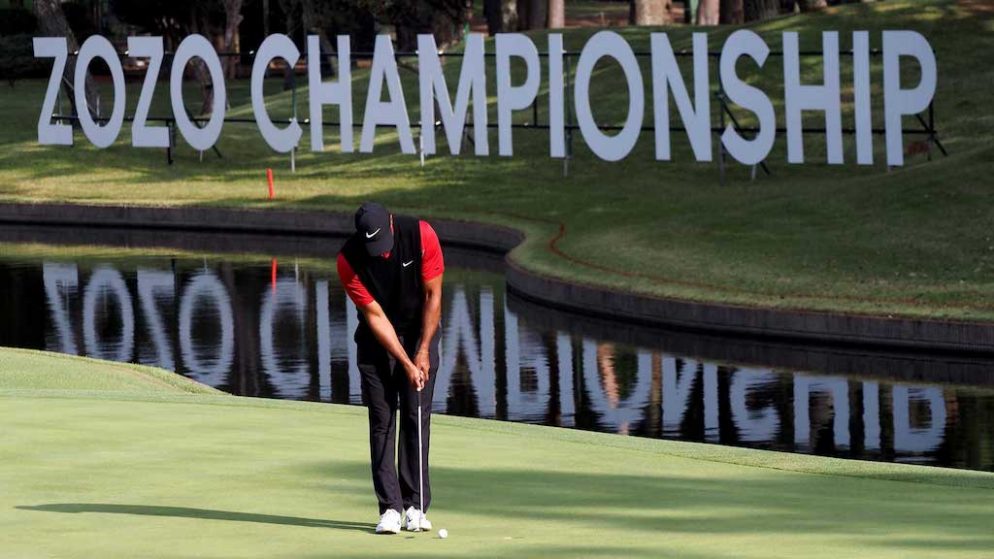 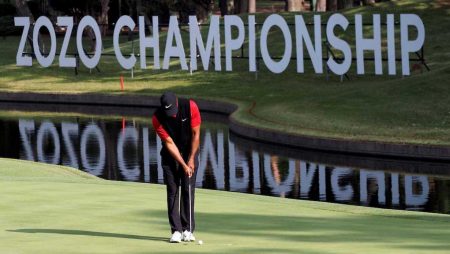 Last week’s event, the CJ Cup, was supposed to be in South Korea, and this week the PGA pros were supposed to be teeing it up in Japan. However, due to the Coronavirus, this week’s event will be played at Sherwood Country Club in Thousand Oaks, CA. Now I bring your PGA ZOZO Championship picks.

Sherwood CC is a Jack Nicklaus designed Par 72 that features bentgrass fairways and Poa annua greens. It has hosted numerous well-known events in the past, including:

There is not a ton of data floating around with player stats for this course, but many of the pros are very familiar with Sherwood. Tiger won the inaugural ZOZO Championship last year at the Narashino Country Club. His -19 was 3 strokes better than runner-up Hideki Matsuyama.

Like last week, the field consists of 78 golfers, including the Top 60 available golfers from the previous season’s FedEx Cup standings, the top 7 players in the current Japan Golf Tour money list, the Top 3 players in the Bridgestone Open and 8 sponsor exemptions. This event has no cut.

Here are the top-five favorites to win the 2020 PGA ZOZO Championship @ Sherwood outright at America’s Bookie.

Last week I had the Wolff as my top pick, and finished close to dead last. Xander Schauffele (+950) saved my ass a little, finishing 2nd, with JT at T12, Matsuyama T21 and Cantlay at T38. Check out my entire article here > PGA CJ Cup picks.

This dude is the hottest golfer on the PGA! His 2nd place finish last week at the CJ Cup was his 3rd consecutive Top 5 and his 10th straight Top 25 finish. His overall game has been great, ranking 45th in driving distance and 4th in putts per round. He is literally driving for show AND putting for dough.

Sherwood is not a long course, and features five Par 5’s and five Par 3’s. Of the eight Par 4’s, many of them are shorter than 425 yards. So while the long drivers don’t have a leg up here, Schauffele’s touch around the greens give him an advantage.

The 10th ranked golfer on the OWGR, Hatton travelled across the World last week and finished T3. If it wasn’t for a 73 on Saturday, Hatton very well might have won the CJ Cup. This week I like him as part of my PGA ZOZO Championship picks.

His great play in the CJ Cup followed his 4-stroke victory a couple days before at the BMW PGA Championship at Wentworth. It was his 5th European Tour win after winning his first PGA event in March at the Arnold Palmer Invitational.

I really like Fleetwood here at +3000. The #16 golfer on the OWGR finished T59 last week, but I really think his game sets him up well this weekend.

He hasn’t been true to his form recent, but in 2019 Fleetwood had 6 Top 10 and 12 Top 25 finishes in 18 events. If you follow my picks, you know I love betting value, and Tommy Fleetwood is my value pick this week, with a $100 bet netting you three grand.

I like Fleetwood as a 1 unit play at the 2020 ZOZO Championship @ Sherwood.

Others I like to win the 2020 ZOZO Championship @ Sherwood